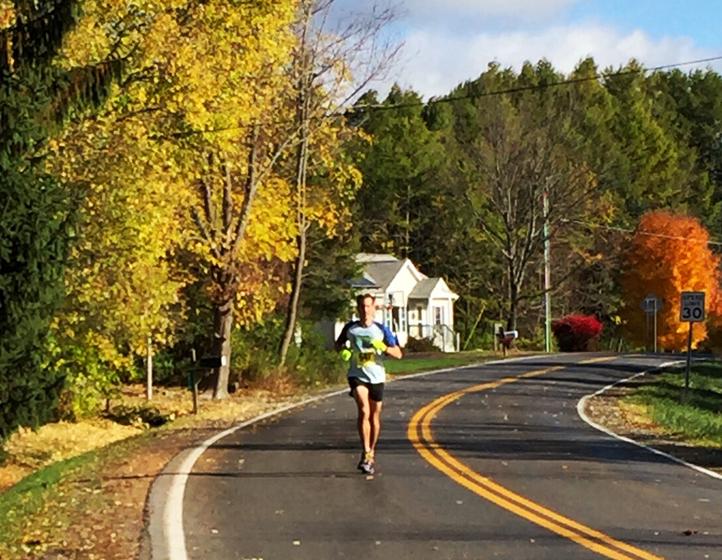 I’ve won (by the strictest definition) a few things in my life. As a teenager, I won a Robert Palmer tape from the local radio station. I won Jingle Ball tickets from Z100 when I was living on Long Island, commuting to New York. I won a trip to Utah from Men’s Health, along with an unhealthy amount of Diet Coke Plus. In races, I've gone home with a few Masters prizes given my late arrival to the sport. This day, however, I’d actually win a whole race. First place.

After the Wineglass Marathon and some pretty busted-up toes, I’ve healed and have re-focused my efforts on winter maintenance. I’ve been focusing for a few weeks on cross-training - biking, swimming, yoga, stretching, weight training (BodyPump) - and running. I am grateful for a lot in my life, but one of the things I’m most grateful for at the moment is being able to do the physical things I can do. The “post” feeling - post-run, post-bike, post-anything that got my heart rate up - is fantastic. True love for the dopamine drop, you could say.

It was in this spirit that I signed up for the Chris Bond 5K. Rarely a same-day registrant, I grabbed the opportunity to run again in this local race, where my 5K PR continues to stand. My son was at youth group, my daughter would be volunteering with her cross country team at race intersections, and my wife had traveled to Rochester to run with her adult cross country team.

With the kids where they needed to be, I got ready to run with a quick loop around the Trumansburg track and a jog to the start line, where I enjoyed catching up with neighbors Lynn, Glenn and Christina, and also Sue Kitts, one of my high school classmates. It was COLD (low 40s), and I had left my warm-ups in the car, anticipating an on-time start. The start was not on-time, but we passed the delay quickly with conversation, huddled behind a leeward wall.

Soon we were on our way. I quickly turned over my legs to set a fast pace, and realized that I was right out there in front. Nobody ran in my periphery. I heard the jingling of Todd Robinson’s dog on-leash behind me, which spurred me on as we made the turn up Whig. At this point in prior 5Ks on this course, I’d be chasing someone or jockeying for position within a group, and younger kids who blew off the line would be losing steam as they climbed the first of two moderate uphills on the course. At the turn, Jessica, one of my daughter’s XC teammates, was clapping. “Go runner, good job.” Then, “Oh, that’s SCOTT! GO SCOTT!” I smiled broadly, gaining some energy from that.

Continuing on South Street, I focused on consistency as my watch told me my average was 6:30. Not too fast for a 5K based on my past races, and certainly not my fastest out of the gate. I routinely struggle with going out too fast and blowing up! I stole a glance backward, and the nearest runners were a ways back. I fought the urge to slow and conserve energy, focusing on racing myself and my prior times.

My brain started working overtime. As I realized the likelihood of winning, I thought of all the caveats and footnotes: turnout was low due to weather, not many students, XC races elsewhere, sports teams taking a rest day … it all went through my brain. As I approached the turn onto Pennsylvania and my daughter and friend Megan were cheering my on, I looked backward and saw nobody around the curve. I smiled and said out loud to my daughter, “I think I might win!”, almost trying to convince myself. As I rounded more corners, I received more encouragement from the cross country girls. It was truly classy that they were out on this cold morning, volunteering their time helping as their community ran in a sport they all eat and breathe this time of year. 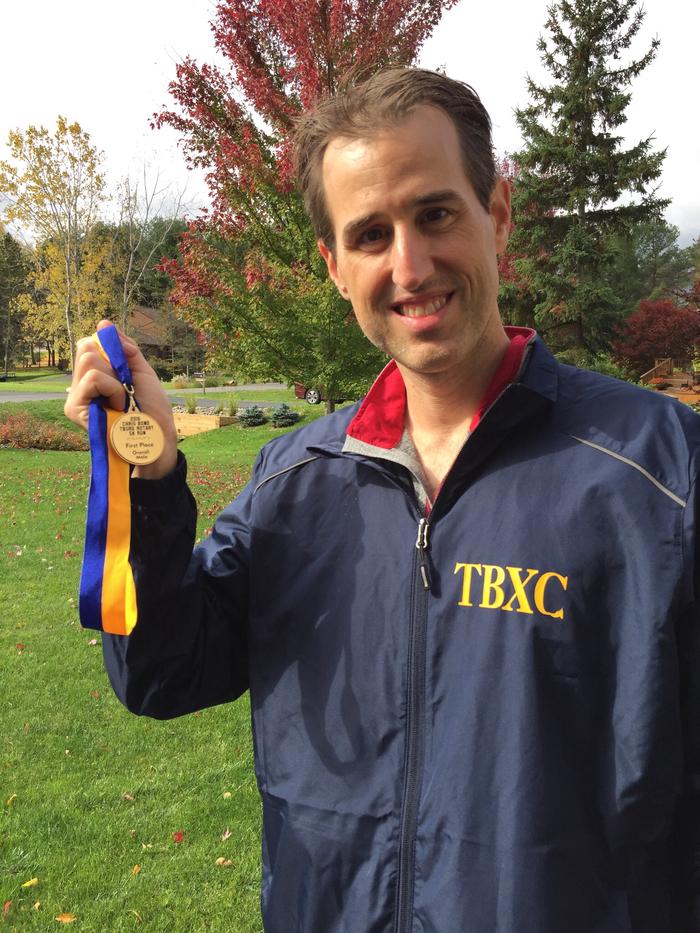 The final downhill on Whig sealed the deal. As I approached the finish, I saw the clock steadily approaching 20 minutes and I put in an extra kick to be sub-20. I crossed the line at 19:55.10 to a few clapping spectators and some blessed water. I thought to myself, “Well, that’ll never happen again.” I realized that this race was a small model of many things in life. Your performance - whether you’re measuring against yourself or others - is YOUR performance. How you do relative to others is all about who shows up. It just so happens on this day, faster runners didn’t show up. It happens in a local 5K. It happens in the Olympics. And it happens everywhere else. Caveats aside, it was a legit win.

In my book, though, I think that we’re ALL winners. I may never technically win another race in my life, but I will win all of those that I run. From the first finisher to the last, and to those who try and fall short, we continue to show up and run.

To try is to win.