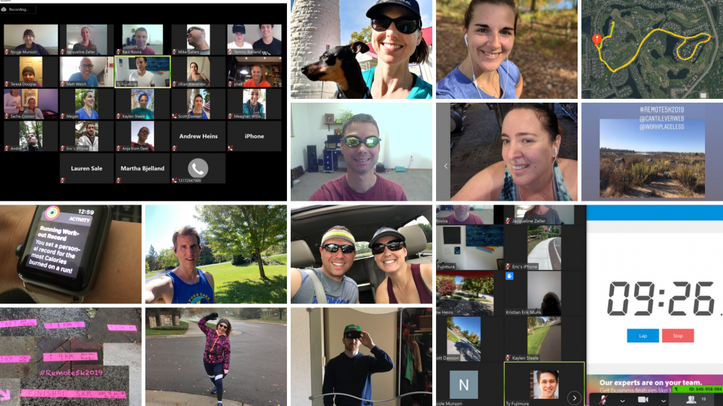 If you know me well, you know that I'm an enthusiastic advocate of remote work. I've worked remotely since 1998 and wrote a book about my experience and advice. I'm also an avid runner, racing distances from the mile to 50 miles. I share my running stories and routes here and on Strava.

When Workplaceless and Cantilever teamed up to organize a Remote 5k, I immediately raised my hand. Heck yes! I was all in. 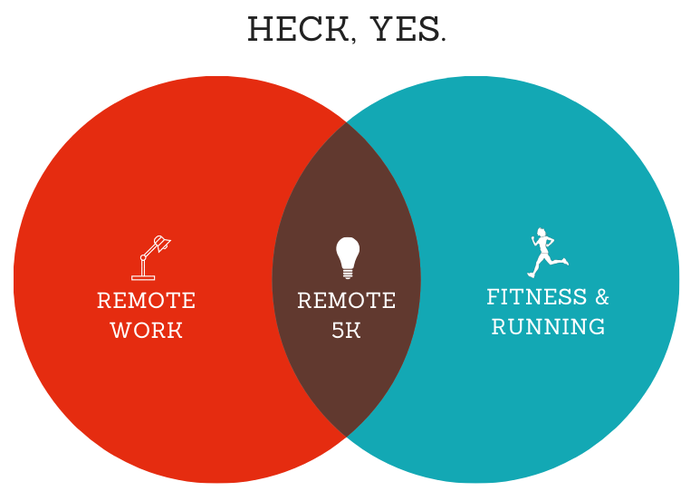 I moderate a weekly Twitter chat (#remotechat) for remote workers, too, so helped publicize the race to other remote workers with my Art of Working Remotely account. The race was scheduled for Friday, October 11 shortly after noon, which was perfect. I was no stranger to Zoom calls, having attended numerous Workplaceless events, so I dialed in using my iPhone just before the race started.

I had no idea what to expect. I run alone most of the time. As we chatted pre-race, I asked what others planned to do while the race was underway. The event had the potential to have the most heavy breathing I've ever heard on a conference call! Some said they'd leave their cameras on while they ran, some said they'd disconnect and rejoin after their run, and one creative athlete jerry-rigged a camera to his hat so people could see his progress! I opted to stay connected to the call while muting myself, carrying my phone with the camera facing out as I ran. I had to laugh as I ran: my friend Raul, who had done the 5k as a SWIM (totally badass) the prior evening, commented that the Zoom video looked like an episode of Cops. Here we were, some with cameras on, shakily making our way to the 3.1 mile mark. 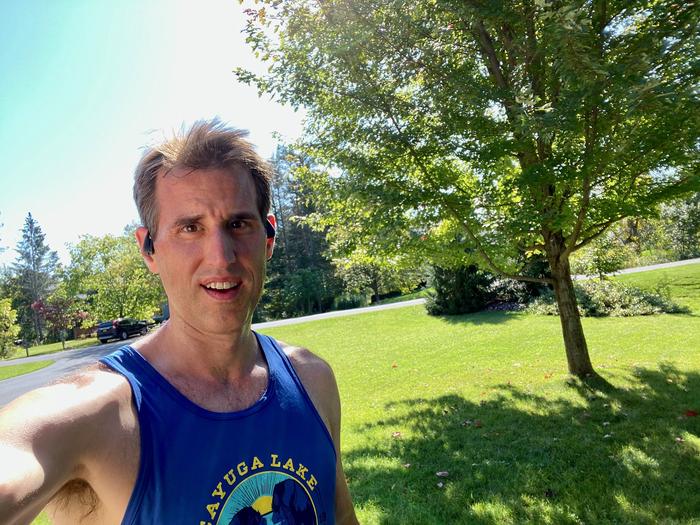 Post-race in my front yard

I learned after the fact that I was among ~25 racers from 8 different time zones. While I gutted it out over my typical 3-mile route, I appreciated hearing people talking to each other as they did the same thing. Some were in my own time zone, running during their lunch hour, and some were from halfway around the world. It made this big place we live in seem rather small. It was a fantastic way to connect with other remote workers over a shared experience! After the race was over, we reconvened on Zoom for a post-race recap and socialization. It was fun to look over everyone's #remote5k2019 posts on social media, too.

I came across NYRR's virtual racing series recently and thought about the parallels and differences that series offers. This virtual 5k was unique: we interacted with each other through voice and video, and it made me feel so much more connected to my fellow participants. Sure, it wouldn't work for a massive draw that NYRR races get, but as a remote worker, I'll take community where I can get it. It was a really fun event, and I look forward to the next one!