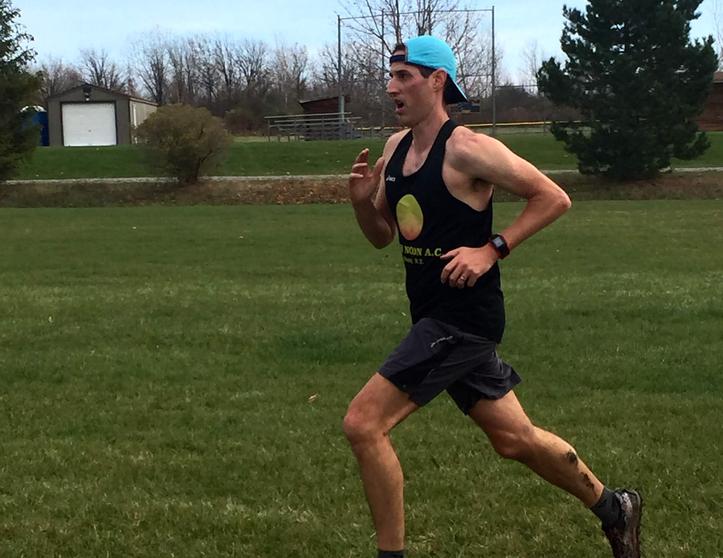 The Pete Glavin Cross Country (PGXC) series of races is for runners throughout upstate New York. You can win individual age group prizes and team awards for each race, also accumulating series points and awards (and bragging rights) along the way. For me, signing up was a way to ensure I remained fit as I tapered off from running longer distances this year.

Amy ran in the series last year to check it out. She attached to the Finger Lakes Runners Club team, and as such had a group of women to carpool, race and bond with. She loved her experience and thought I would too. After I checked out the last race of last year’s season, running in the freezing temperatures and snow on Cornell’s golf course, I was sold. We both signed up for the complete PGXC series this year.

I would like to tell you about my past experience running cross country, since most people associate it with grade school’s modified and varsity disciplines. I can’t help but think that some of the runners in PGXC are reliving their high school cross country glory days. I, on the other hand, had no such glory days. I dropped out of varsity soccer my senior year after a 3-year run because I was “concerned about my grades.” I was a high honor roll student, and it was a convenient excuse to not work out. My grades were just fine, but my 17 year-old brain wasn’t having it. I was not an athlete at that point in my life. So, my “glory days” were really about achieving academically, participating in the school play and making sure I’d have enough down time to play with my Legos.

Fast forward to mid-40s me and you’ll find an older version of that young man, albeit with a bit more balance and variety. I still love to achieve at a high level (but not with the same intensity), partake in the dramatic arts and make sure I have enough time to play (usually guitar, drawing or something else creative). The key added ingredient in my adulthood is fitness. You could say that I’m IN my glory days from a fitness perspective, and I think you’d be right.

As an individual, I ended up solid mid-pack in the M40-49 rankings, 7 out of 13 for the ranked runners with 39 points (I’m still not sure how this works). After race 4, I was third in the masters series, but in this final race, it looks like four GVH runners, who didn’t come to all the races, ran and did very well, beating both Adam and me. Top ten in each age group takes away a bottle of wine, so that’s a pretty decent prize. Also, our High Noon men’s masters team took the series win, thanks to Adam’s smart decision to run our faster veterans team down with the master for a few races. I think there’s some more swag coming our way for that, too. We’ll have a picnic in early December to celebrate the season. Amy and I are looking forward to that! If you’re interested in running adult cross country in upstate New York, you should total check out this race series. It really is fun, and you don’t have to be a fast runner. You just have to love running.