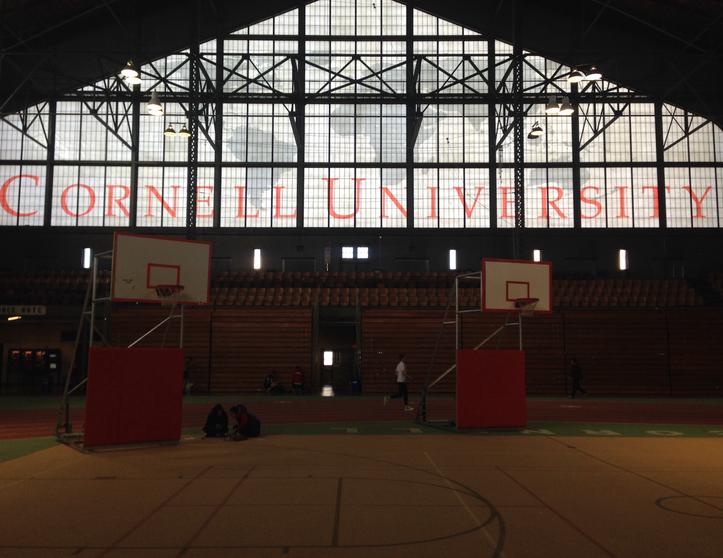 This was my first race with with Team FLRTC (Finger Lakes Running & Triathlon Club) at the Skunk Cabbage Half Marathon in Ithaca, NY.

I debated whether to wear shorts or tights, given the 37 degree start, but thankfully opted for shorts. I had Brooks arm warmers that were also a wise choice. After getting myself together, I mingled with other blue singlet wearers in Barton Hall before the start, and we got our first team photo. 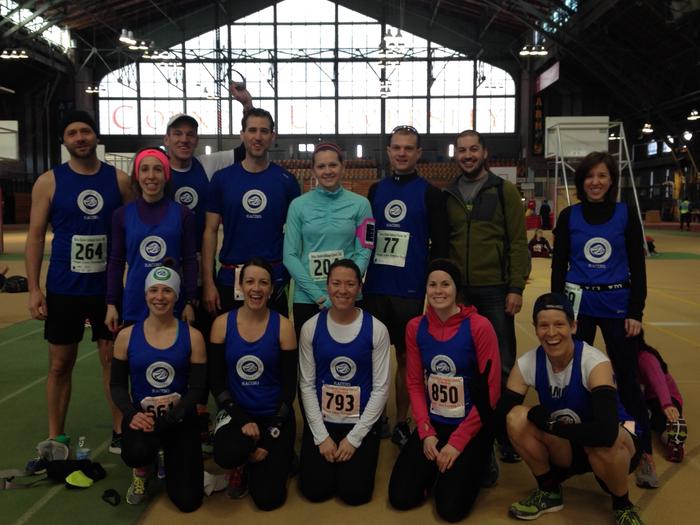 We assembled near the start, and it wasn't long before we were underway. My GPS watch wasn't even ready yet, so I spent the first 20 seconds of running waiting for it to catch up. The first 4 miles were pleasant, and I caught up with Jim Hodges, a friend from ski club. We spent the next few miles catching up, which was cool. I jumped ahead in miles 6 through 8, taking advantage of my long strides and some nice downhills. I realized now that my PR was within reach, if I could continue to push it hard through the remainder of the race. There were some uphills that were not too bad, and I felt really strong until the end. It was really great to see so many blue FLRTC singlets out on the road, and to hear the encouraging words traded back and forth. Around mile 9, there was an aid station offering beer or water, and given any other circumstances, I would have had the beer.

The conditions were really great. The sun put on a nice show, the air was not humid (oh, we'll get that later, living in upstate New York) and the tone of the race was really positive and fun, down to the themed aid stations. Post-race, I grabbed a few bites, got in line for a really great sports massage, and then turned out an extra mile as a cooldown on the way back to the car. My training day called for 14, so 14 I did!

I came in 1:34:08, 7th in my age group, with 7:12 minute miles. I missed my Red Baron Half PR by :48, and was psyched out by my watch pace, which said I would beat it. I guess there's definitely variation in my route vs. the actual measured line, which adds up over 13.1 miles. I'll take it! It was a great way to kick off the local race circuit.