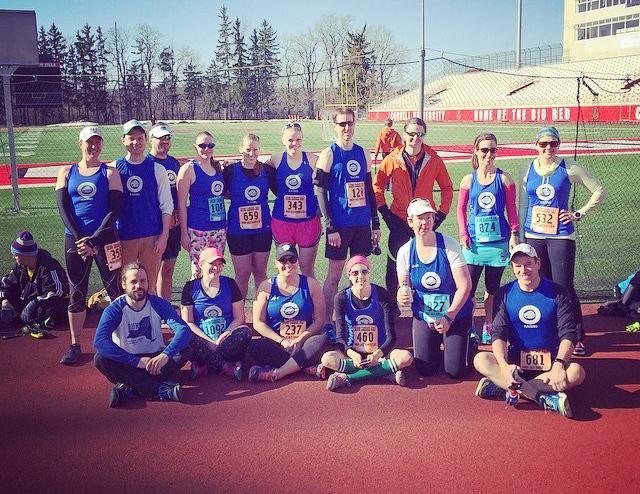 This was my second running of the Skunk Cabbage Half Marathon (more about this race), and my first race of the 2015 race season! It was a really sunny morning, and while there was frost on the rooftops of my neighborhood when I woke, I was ready to run at 10 in just shorts and a singlet, lamenting just how warm it had gotten. My ideal racing temperature is just about 40 degrees and overcast, and it was probably 50 and sunny at this point. That said, given the winter's duration and the recent spat of rainy weather, I could not help but smile.

Amy and the kids were running the 10K, starting just about 10 minutes after the half marathon start. I wished them good luck and lined up at the front. I don't like having to jockey for position as we start. We were off right on time, and I settled into a good pace. The route itself is unremarkable this time of year. There are no leaves on the trees, no greenery in the woods, so I focused mainly on the road in front of me. I did have a period where some birds were shouting loud encouragement high up in the treetops, so that grabbed my attention. If you look at the race profile, it's basically a gradual climb for the first 5 miles, gaining just under 400 feet. Then there are some really nice downhill stretches, particularly at miles 5.5-6.5 and 8-9. The rest of the route, save a brief uphill jaunt, really lets one stretch out the legs and make up for some of that tough uphill work. Mid-race, I found myself running alongside Columbia Warren, who I know from growing up. He and I helped pace each other, and stuck together mostly to the end. It's nice to have someone to spur you on when all you want to do is stop running, and that's exactly what he did for me. Few words, but just the knowledge that "you're not in this alone!"

I didn't have much time post-race for hanging out, since in just an hour I had to be at the Trumansburg Elementary School for the final production of Spoon River. I also have the acting bug, so coincidentally I was running a half marathon and doing a matinee performance, all on the same day! I made it in time, and due to some strategic post-race hydration, avoided the post-race dry cough I sometimes get!

It was really cool to run a bigger race together as a family! Amy ran the 10K with Xander, and Elizabeth ran the 10K by herself, tacking on a few miles at the end to get her training load for the day. She's training for a half marathon coming up soon! 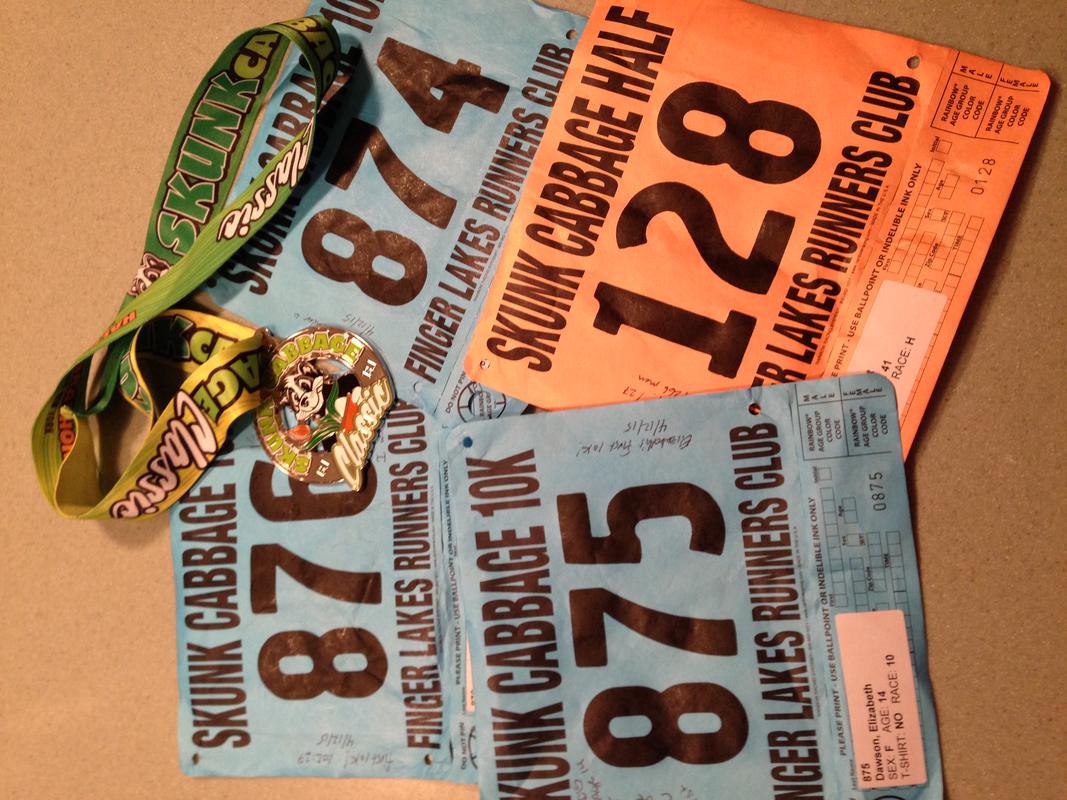 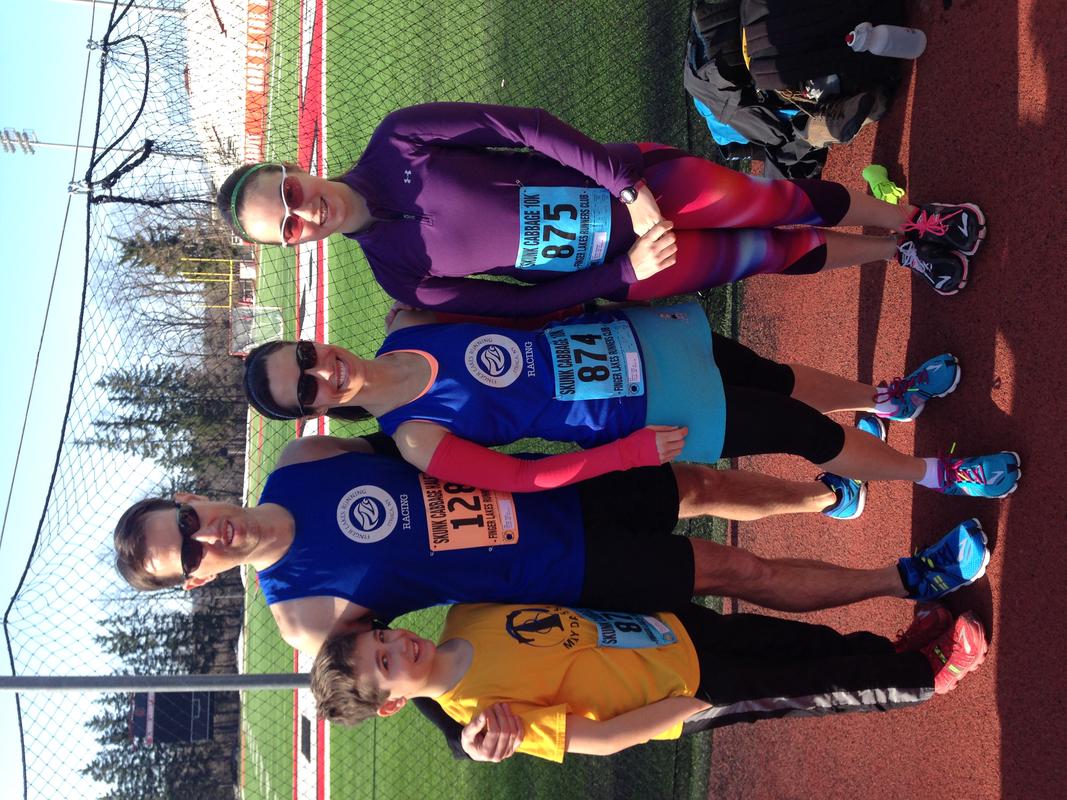 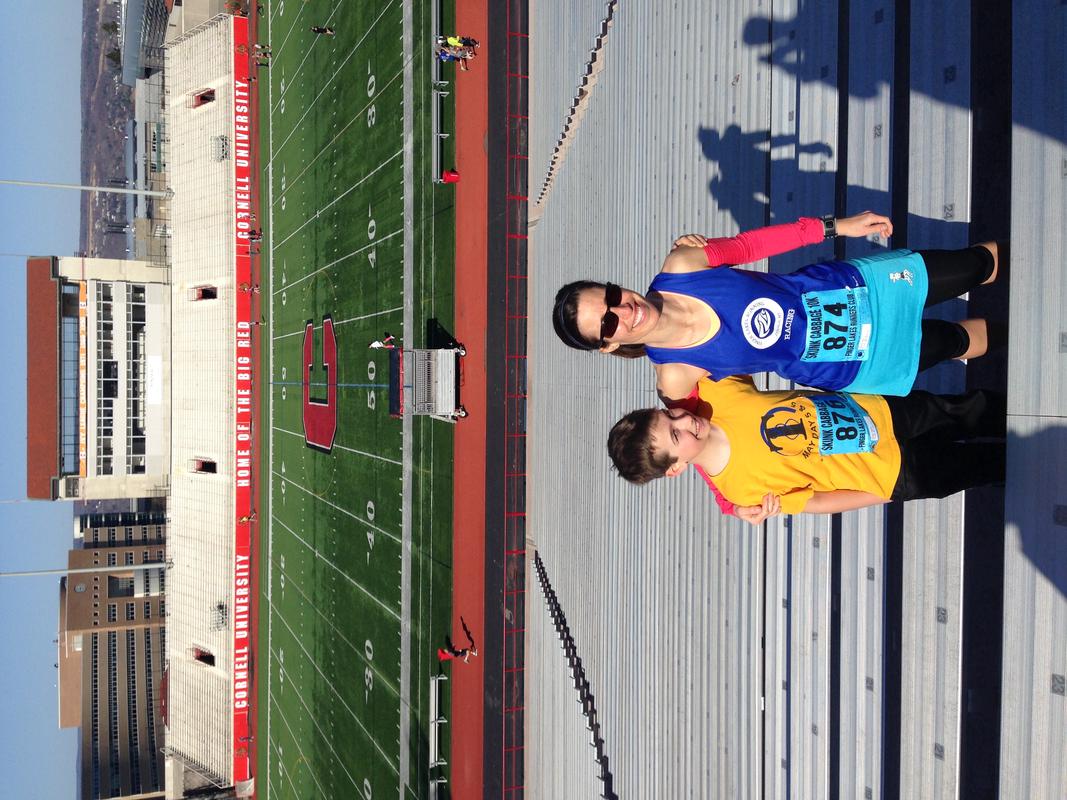 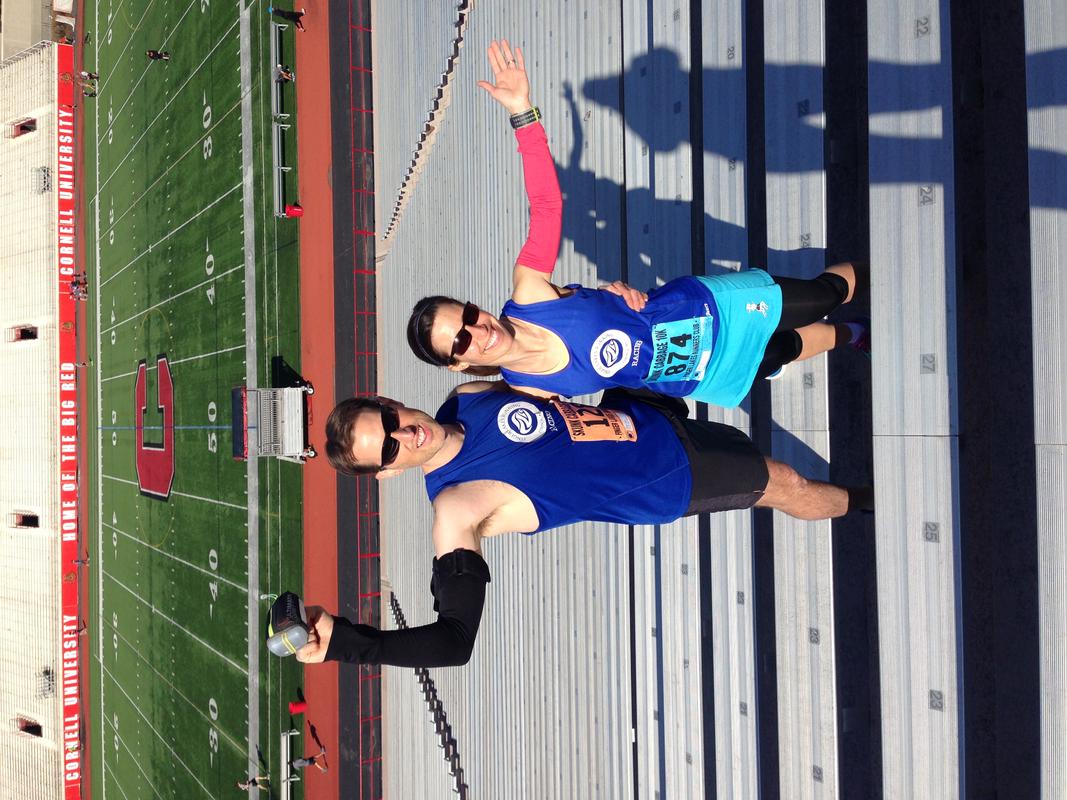 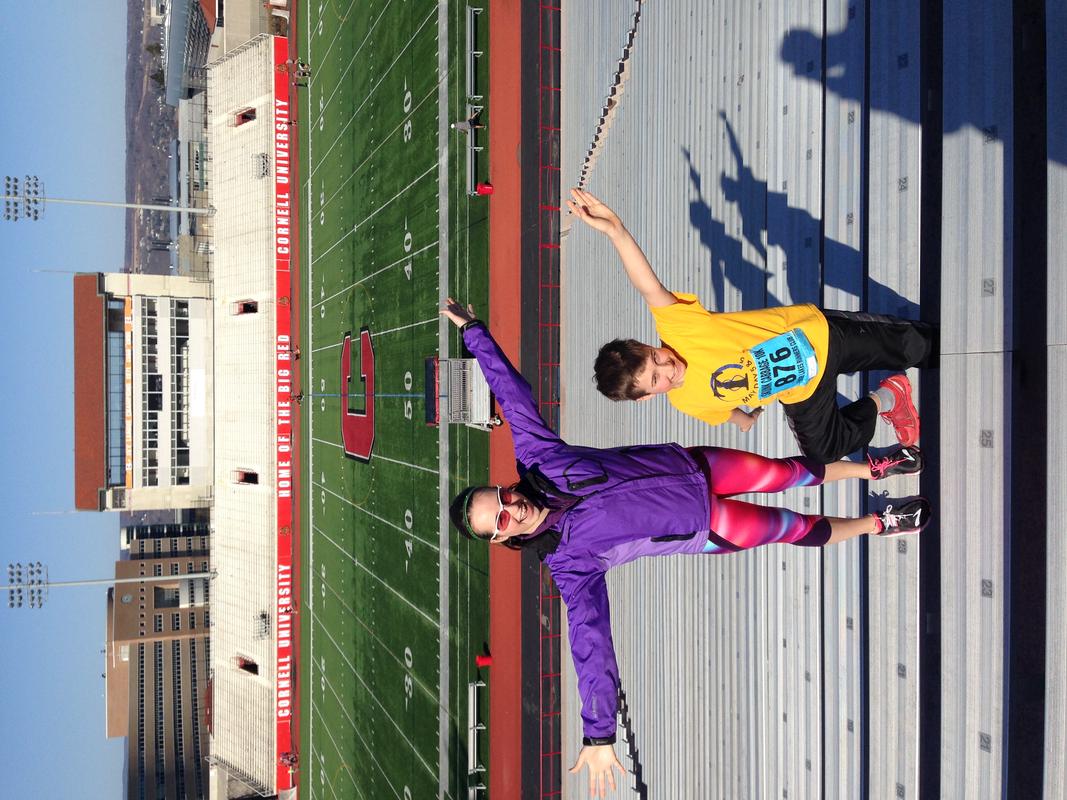 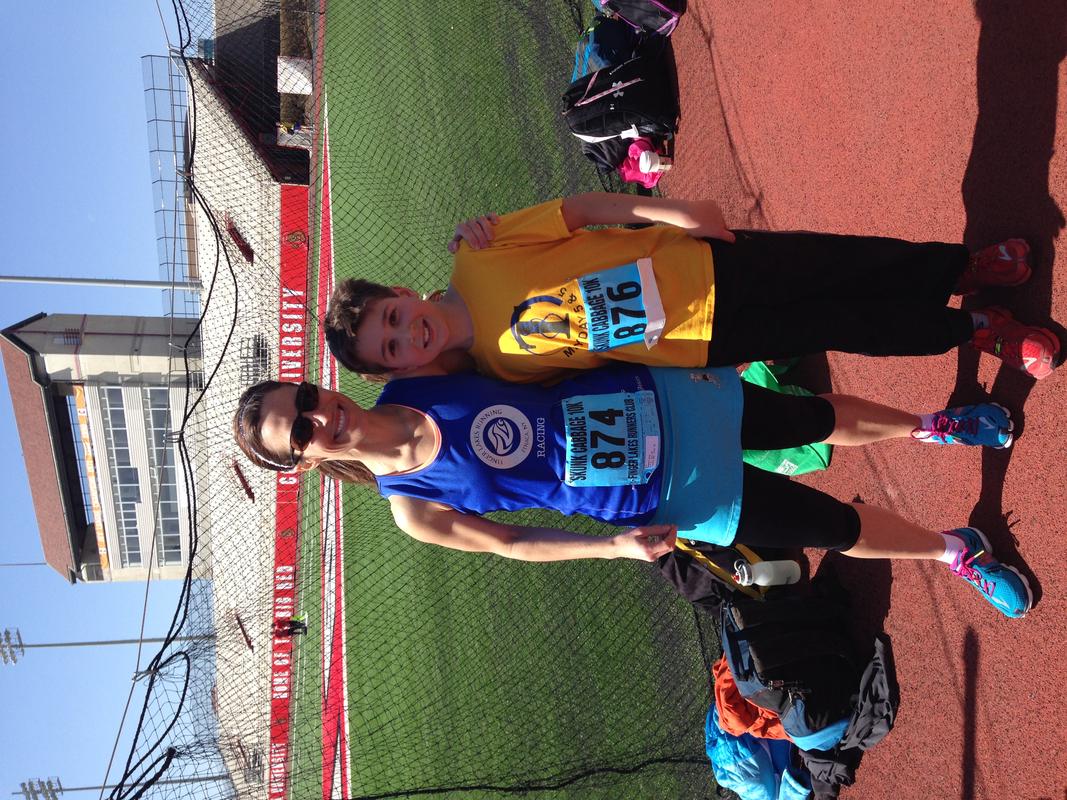 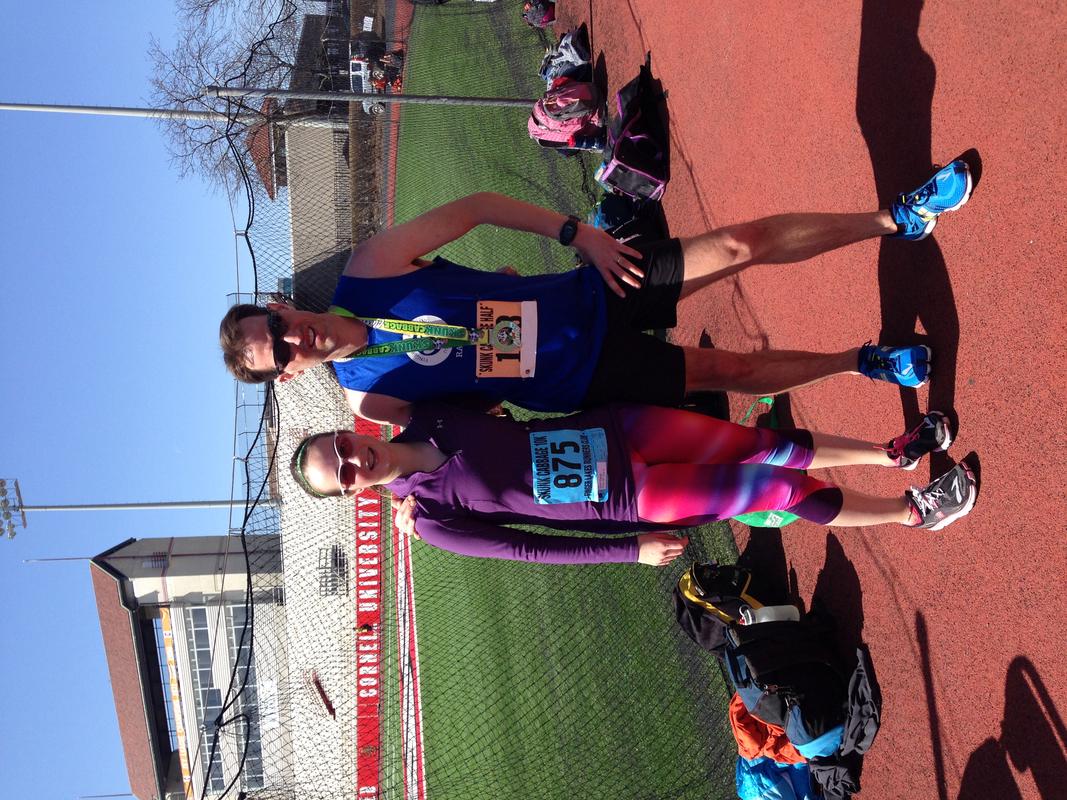 I finished the Skunk Cabbage Half Marathon with a 1:29:13, 2nd in my age group (of 27) and 33 of 266 men running this distance. It was a nice improvement over my time last year, and I'm really pleased with that!