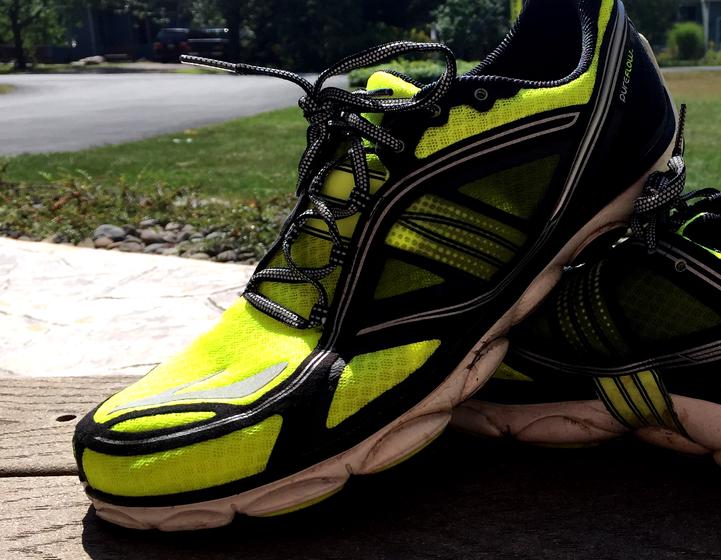 There are just 4 weeks left until the the Corning Wineglass marathon! It’ll be my third marathon, after an injured race in Rochester and a windy race in New York City. I enjoy reading about different workouts in the various trail and road running magazines and web sites we subscribe to, so it was fortuitous that competitor.com wrote about a 12-mile workout as their workout of the week. I had to do 12 miles this weekend, so I set out to do the Hansons-Brooks Distance Project 2x6 workout.

To me, if you can be tired but run somewhat controlled and hit your splits, then you are in a good position. Some people will feel amazing and that’s OK too; however, if you feel sluggish and tired but can ‘toughen up’ a little on the second of the six miles, then I think you get a real idea of where you are for strength. It gives you a good idea of what you are going to have to do in the later parts of the marathon. — Luke Humphrey, head coach of Hansons Coaching Services

The 2x6 calls for a warmup run, followed by form drills and strides, then a run for 6 miles at a pace 5 seconds faster than marathon pace. I hope to get my BQ at this race, and my qualifying time should have a 7:26 overall pace or better. I can’t be on the wrong side of that, so am aiming for a 7:25 MP. So, 6 miles at 7:20 should do it. Then take a 10 minute break and do the 6 miles again! I chose to run this on my normal 3-mile route, which has some ups and down, none extreme, and would closely approximate the mild grades (mostly downhill) of the Corning course.

I had my doubts, especially after indulging in too much dinner the night prior. However, I am pleased to say that I nailed the workout today, and am feeling great! I am grateful for my TomTom GPS watch, which I was able to set to warn me if I went outside of a 7:15 (too fast!) or 7:26 (too slow!) pace. I chose a 2-mile warmup since it’s so incredibly humid today, ending up with an 8:58 pace. Then I did a series of ABCs in my driveway before shedding my shirt, grabbing a small handheld and heading out for the first interval.