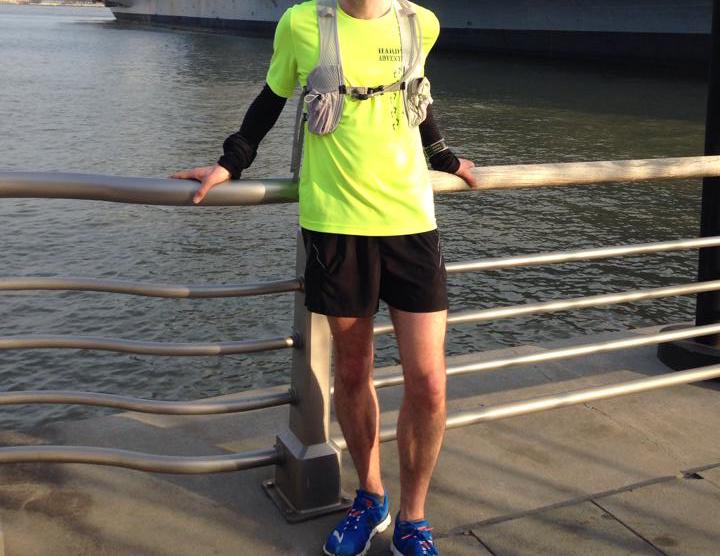 This recaps week 6 of my 16-week 50K training plan. So far, so good! I work from home most of the time, but had to travel to NYC for a business trip the first half of this week. I worked running into both of my mornings Tuesday and Wednesday.

Tuesday, I ran from Wall Street up the Hudson River Greenway to the Intrepid Museum, which was 10 miles of fun. Once I was out of the lower Manhattan concrete jungle, the Hudson River Greenway was packed with runners. It was like an out-and-back race, except nobody was wearing numbers. I even saw an "Ithaca is Gorges" shirt along the way! Wednesday I headed out over the Brooklyn Bridge for a few laps, making just over 5 miles.

Thursday night I was back home for hill repeats (ugh!) which I would have rather NOT done. I was not in the right frame of mind, but I got it done nonetheless. Saturday I hit the roads for a 20-mile long run which was amazing. I broke it into 2, 3 and 5 mile loops, and felt great afterwards. Sunday's 7 mile shakeout revealed no nagging joints, so all is good on the running mechanics front.