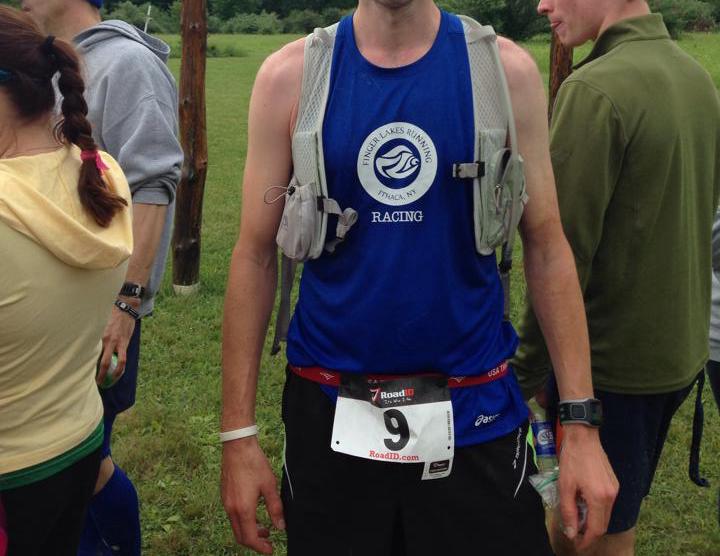 What a wet and humid week it was! My weekly mileage is dropping now, partly due to taper for July 5, and partly due to a (wisely) skipped workout.

Tuesday's hour-long run was at Taughannock, and then Wednesday I decided to hit Taughannock's rim for hill work. It supposed to be a 70-minute effort, but I decided instead to do 2 rim circuits, HARD. First rim repeat was counter-clockwise and I had a good time of 27:52.

Then I decided to really go all out and hit 23:51, a PR for me. I was quite grateful for hill training, since I didn't lose too much time on the uphills for both of these circuits. Thursday I opted to NOT run, since the weather was lousy and I wasn't feeling up to it. Hindsight being what it was, this was a good choice. It definitely dropped my weekly mileage down even further, but it saved my legs for Saturday!

My plan called for a half-marathon for this weekend, so I signed up for the Tanglefoot Trail Run 20K in Elmira on Saturday. Turns out the distance was 10.5 miles instead, but everyone kind of knew that, and the course terrain made up for it, and more! It was either up, or down, but NEVER flat. Over these 10.5 miles, I gained 2,075 feet of elevation. Ugh! I did finish 9th overall, so was really happy with that!

I closed out the week with an hour-long run on Sunday at Taughannock, where finally the sun started shining again!