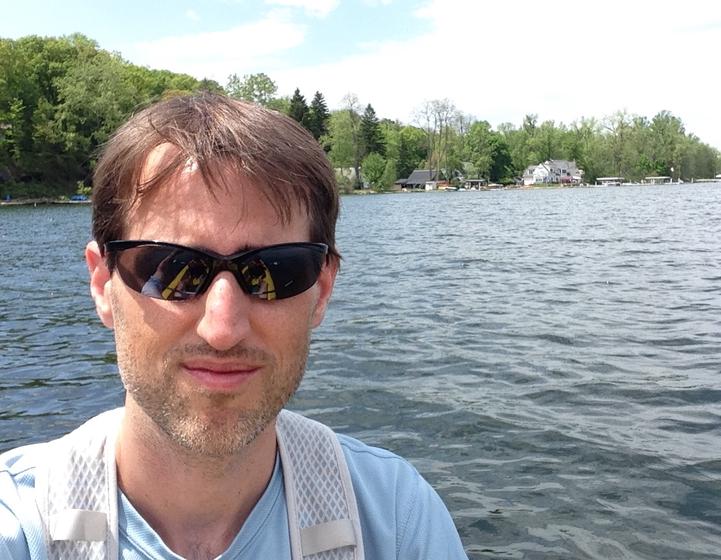 The miles really added up this week! Tuesday’s run was an hour timed effort, and I logged 7 miles on the Black Diamond trail. I explored a bit too, and found a side trail that heads up to the hospital just after the power lines cut West. Really nice small waterfalls along the trail there. I had my nemesis workout Wednesday, hill repeats, BUT they turned out to be not so bad! My body is getting used to it, I guess. I did 9x500 repeats on Rabbit, and while I’m sure I was slower by the end, I was by no means totally spent. Thursday was also a timed run (1:30), and I used Xander’s soccer practice time to get 10 miles in, from the school in Trumansburg to Taughannock’s rim/base/rim combo and back.

Saturday’s long run made me nervous given the length and that they were solo miles, but it was really good. It was cloudy and moderately cool, so the weather was perfect for my planned 24 mile run. We are staying at MacQueen’s guest cottage on Cayuga Lake while our house is rented for Cornell graduation, so I started with a half mile uphill jaunt to Route 89. I hooked around to Taughannock Park via Kingtown, Seneca, Curry, Rabbit and Falls Road, and did the rim/base/rim combo. I varied my route back a bit, heading up Cemetery, and at mile 16, had the serendipitous run-in with Amy and the kids having breakfast at Falls Tavern. They had just gotten their food, so I stopped in and helped myself to a few hash browns and a bite of blueberry pancake. Heavenly. Back to Main Street, South Street, a run by my house, and back out to Curry to loop back to the start on the route I came in on. I enlisted a small cheering section by calling my parents a minute before I got to their porch, and they greeted me with cowbells and encouragement.

I ran Sunday’s hour-long run with Amy. We did 7 miles in just a few minutes over an hour, and enjoyed the sun and good conversation together. With just 6 weeks left until the 50K, I only have one longer run than this week’s - a 26 miler - and the rest is maintenance and taper. Looking forward to a great race!

Sunday afternoon I also did a bit of cross-training: Xander and I kayaked to Taughannock Falls from MacQueen's together, just about 6 miles in 2 hours round-trip. The concession stand ice cream made for a nice respite at the turnaround point. 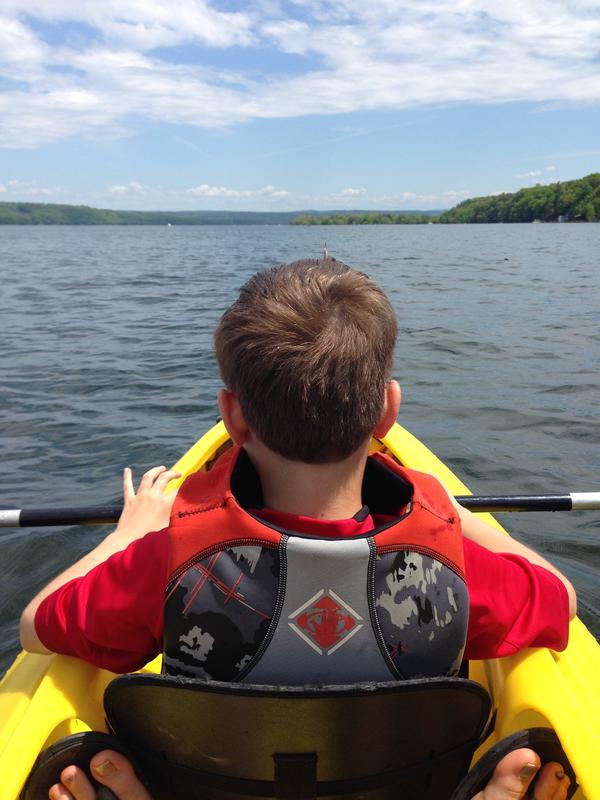 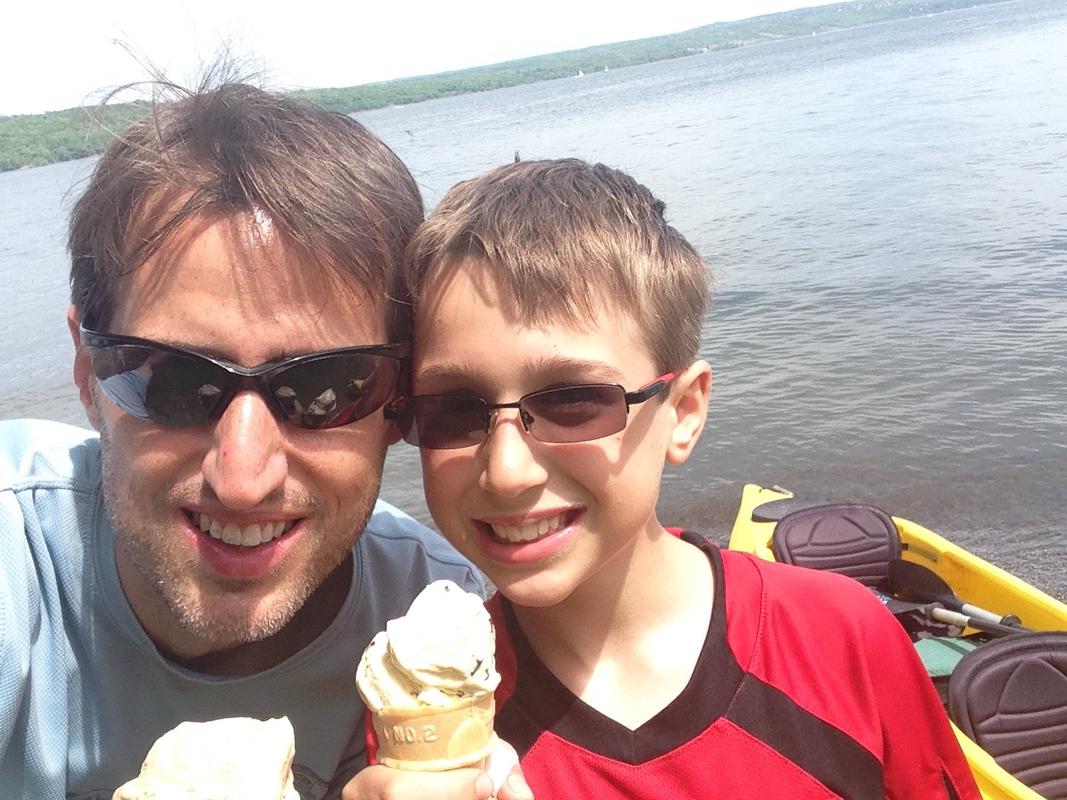 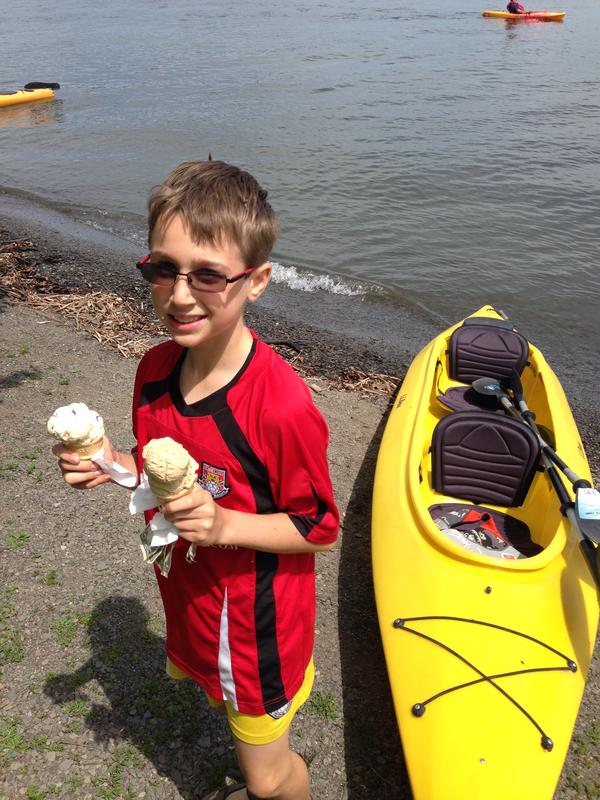