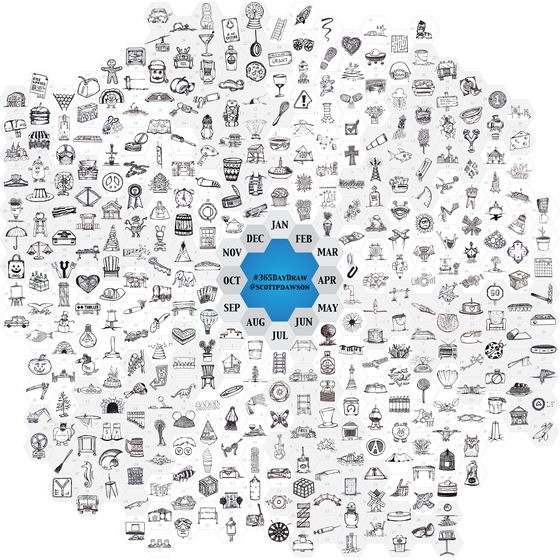 With a stroke of my flair pen this morning, it was done. I called the project #365DayDraw, but since 2016 was a leap year, I churned out 366 days of drawings. When I first started this project, I didn't know how it would turn out, or what I'd learn. It turned out great, and I learned a ton.

Along the way, I discovered I was playing by some implicit rules, and learned some very poignant things.

With rare exceptions, I remember the circumstances around each drawing: where I was, what I was thinking, and if the accompanying quote on twitter preceded or was inspired by the drawing. My commentary on my drawings were sometimes trite, sometimes humorous, and sometimes deep. As I went through each month, I realized that the project was less about the art and more about inspiring conversation. I enjoyed engaging with different people about the drawings, and also the chance to share my work in person with whoever I thought would enjoy a particular day's subject matter. 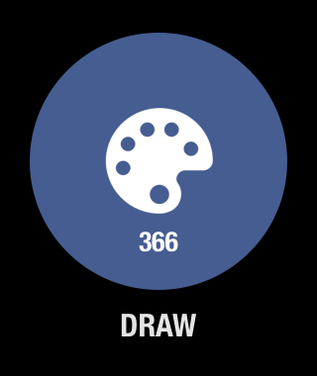 I have to hand it to the Streaks app for iPhone, an Apple Design Award winner in 2016. The app helped me keep focused on my daily goal, along with doing preventative physical therapy for running, having a good flossing habit, daily pushups and practicing my guitar. I got great satisfaction in "checking off" these items daily. If you want to form a habit, it's a super simple app and I highly recommend it.

Thank you for following along.

My #365DayDraw project exhibited at Gimme Coffee in Trumansburg during the month of June 2019. 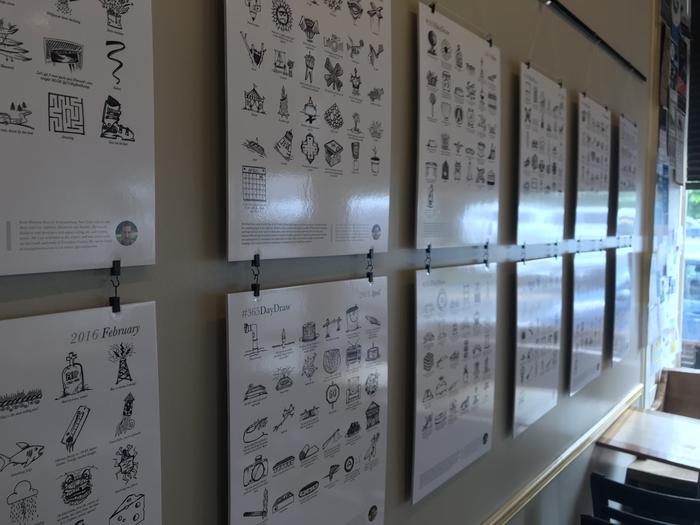 #365DayDraw at Gimme Coffee in Trumansburg