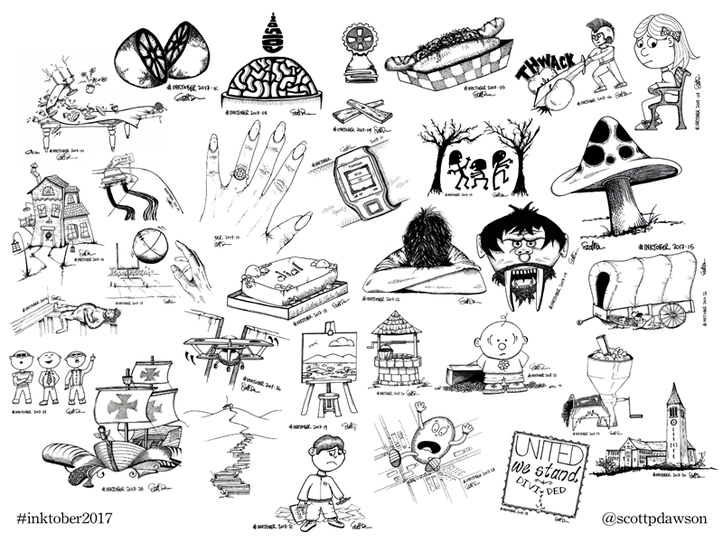 When I saw people on Twitter start posting with the #inktober tag on October 1, I thought, "Why not?" I enjoyed how daily drawing felt during my #365DayDraw, so I grabbed a pen and paper and got to work.

Every October, artists all over the world take on the Inktober drawing challenge by doing one ink drawing a day the entire month. – mrjakeparker.com/inktober

Jake Parker started Inktober in 2009 to better his skills and reinforce good habits. I followed Jake Parker's prompts for my first year at it, and derived a ton of inspiration from looking at everyone else's work. This world is so full of talent, and it's wonderful to be an aspiring part of it. You can view the monthly montage or the full-size individual posts, complete with captions.