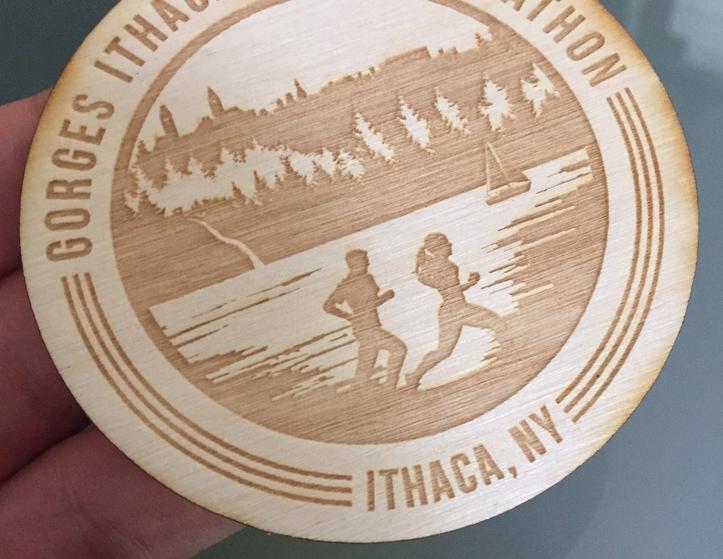 This was the inaugural running of the Gorges Ithaca Half Marathon, and I am SO glad that Amy and I signed up! The route was challenging, mostly due to complications with Ithaca construction and the permitting process, so this is probably the one and only year it'll ever have the hills this course had. What a badge of honor for those who ran! Definitely not a course to have a personal best time in the half marathon, but instead a scenic course to challenge the body and make us all smile. Ian Golden of Red Newt Racing did a great job setting up this race, and as usual, it takes a village. Hats off to all of the volunteers who helped at packet pickup, traffic control, aid stations and the post-race party! 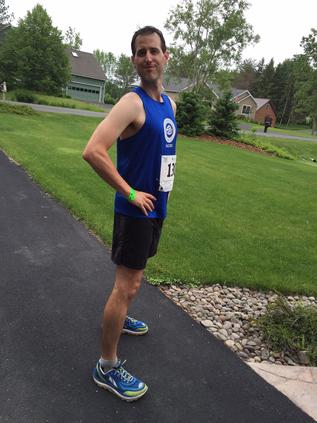 Hamming it up at home, pre-race

I was coming into this race just two weeks after my first 50-mile trail race. Despite having just two runs since then, I was feeling pretty good, but knowing the difficult of the course, had no idea what to expect. Amy and I woke early after being up late the night prior (our daughter came home late from a school trip to NYC), ate our breakfast, applied our performance-enhancing Kokopelli tattoos and headed out the door in time to take a team photo with some of our fellow FLRTC runners. The forecast was for high 60s, low 70s, and so we both opted for our race singlets. I carried a small water bottle to quickly refill at aid stations, too. 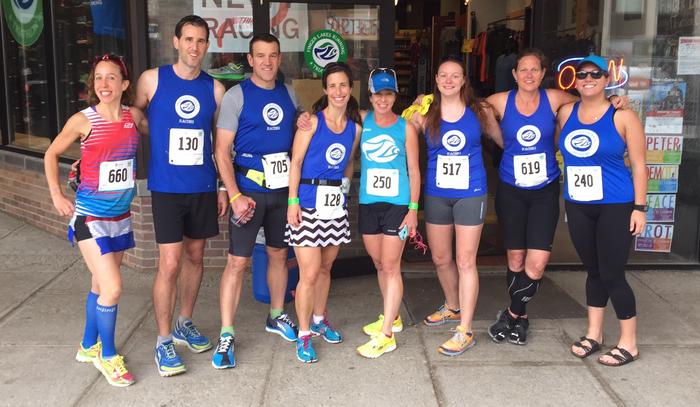 Pre-race with some of my FLRTC teammates!

The Race: Gorges Ithaca Half Marathon

There wasn't too much time to get nervous, since we parked just blocks from the start and didn't have much to do logistically before heading to the start. I posted a picture of our team on Facebook, stowed my phone in my armband and headed toward the front of the start line for the start. Ian blew his traditional ram's horn to start us off, and we were underway right on time at 9 a.m. Shortly into the race, Sara Leavens (15 years old) was running beside me and asked what our pace was. I checked and told her we were doing a 6:30, and reminded myself that while I wasn't banking time per se, I'd be slowing soon enough as we started the ascent to Cornell University via Remington, a hill that seems bigger going up than it is coming down. Sara took off in front of me, and I never caught up with her again. Impressive!

A quick loop around Stewart Park and we were climbing soon enough through the roads of Cayuga Heights, making our way to Cornell's campus. I slowed a bit on the climbs, fully aware that I'd blow out considerably sooner if I expended too much energy. I made up for it on the flats, and knew that as we started heading North again once on Cornell's campus that the uphills were mostly over. Heading back downhill, I leaned my body forward, as if a giant joystick, and gravity helped propel me quickly back to the start line elevation.

It was demoralizing to enter Stewart Park again after the hills - up and down - and realize that I still had 3 miles of flat racing to go. I think this is where ultra training ultimately helped me, though, since as soon as the thought entered my head it was gone. Just one foot in front of the other, even cadence, focusing on good form, and I knew that I'd be at the finish soon enough. As I crossed the finish line, I was really happy. It's SO nice to run a race like this practically in our backyard, the sun was shining, and a festive post-race atmosphere was waiting for us all!

I walked back on the course a few blocks to encourage other runners and cheer Amy and Jenny in, as they were running together (see Amy's race report). After they passed, I ran back to the finish area where we enjoyed catching up with friends, eating some great post-race food (veggie burgers, salt potatoes and corn) and some delicious Ithaca Beer.

If you're looking for a fun early-season half marathon, please do come to Ithaca and join us next year. You won't be disappointed! 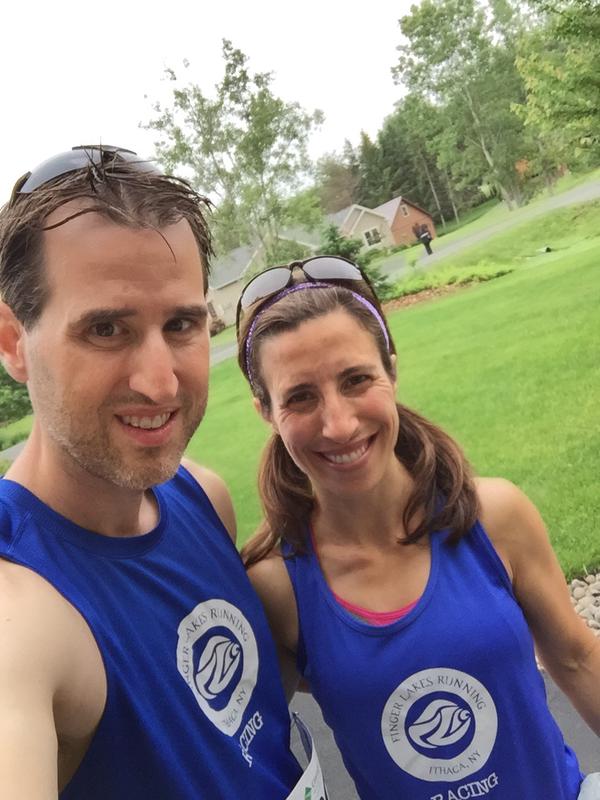 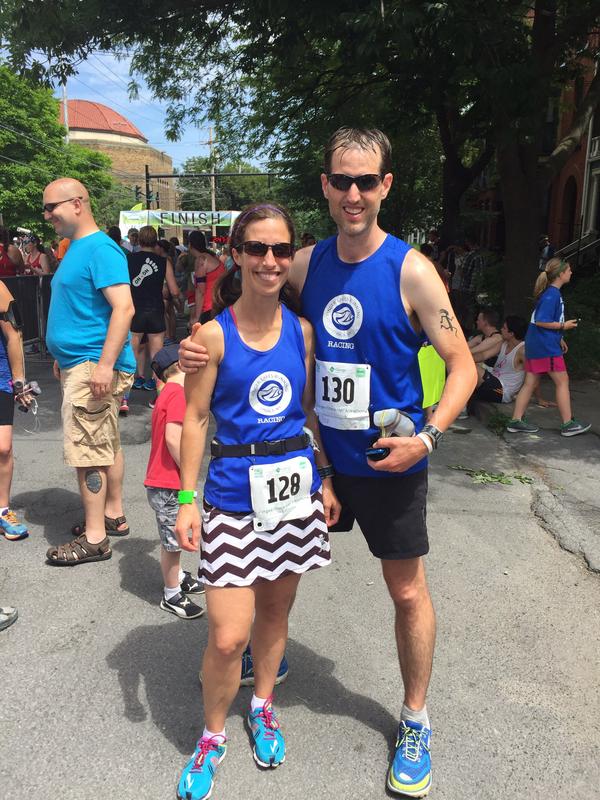 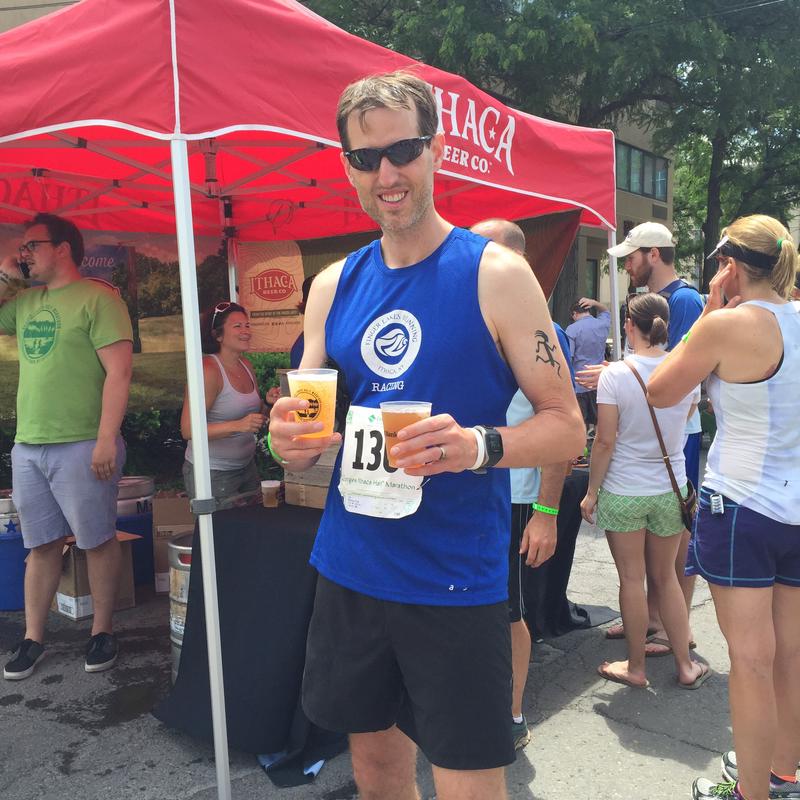 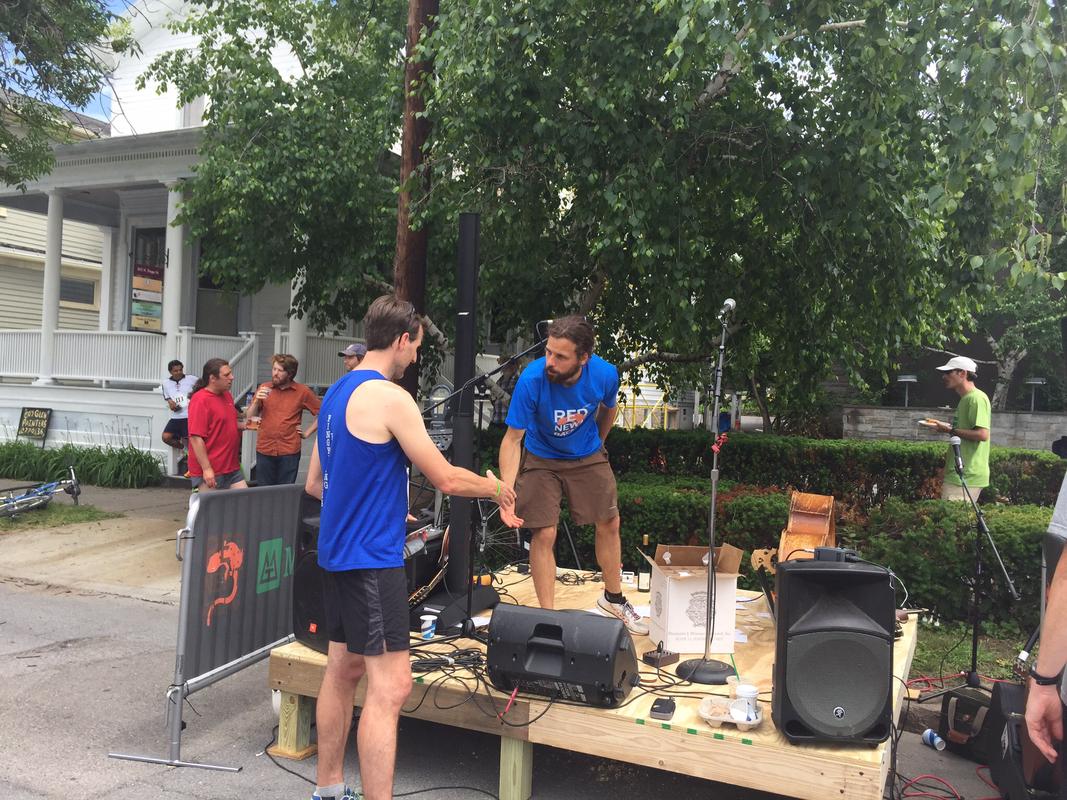 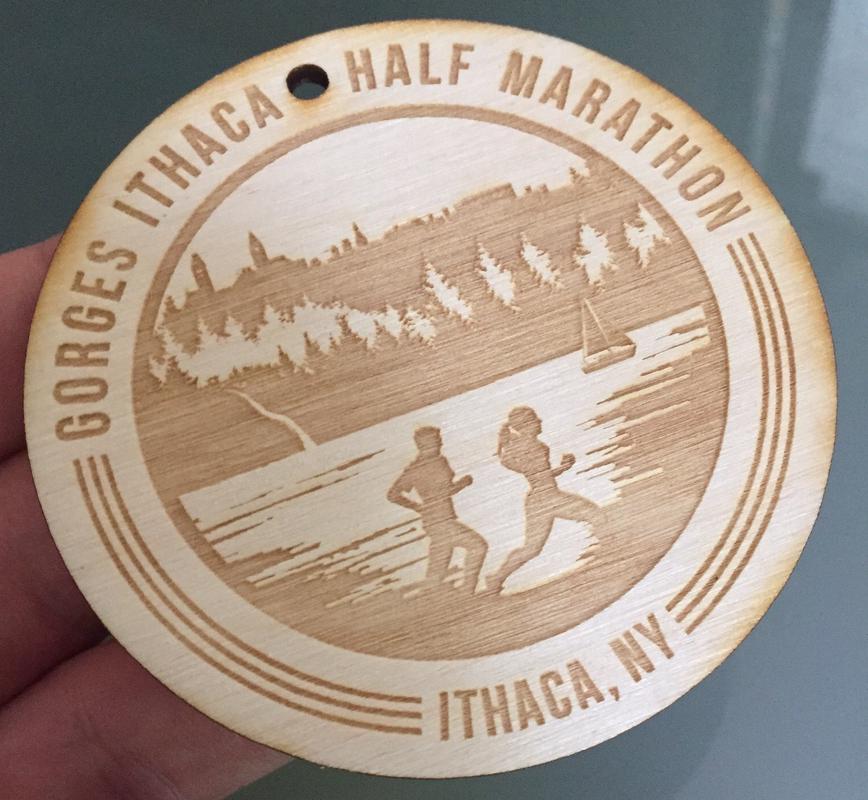 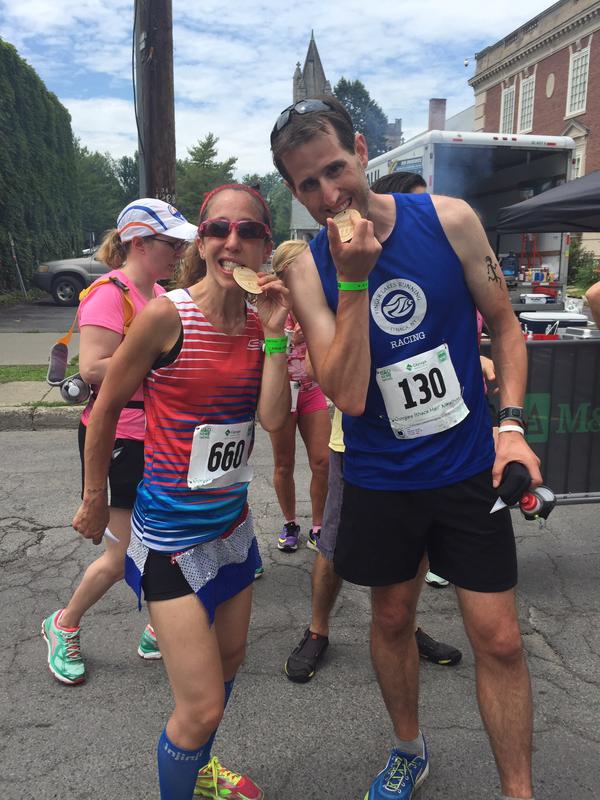 Here's my Strava route as captured by my TomTom watch. The distance measures short, but Amy's watch did the same thing, too.

I was pleasantly surprised to place first in my age group (35 male runners aged 40-49) with a 1:37:25. Two of those runners placed before me, but got stripped off as master's winners. Overall I placed 23rd of 620, so I'm super psyched! Next up on my schedule is the Finger Lakes 50K in 4 weeks. Onwards!