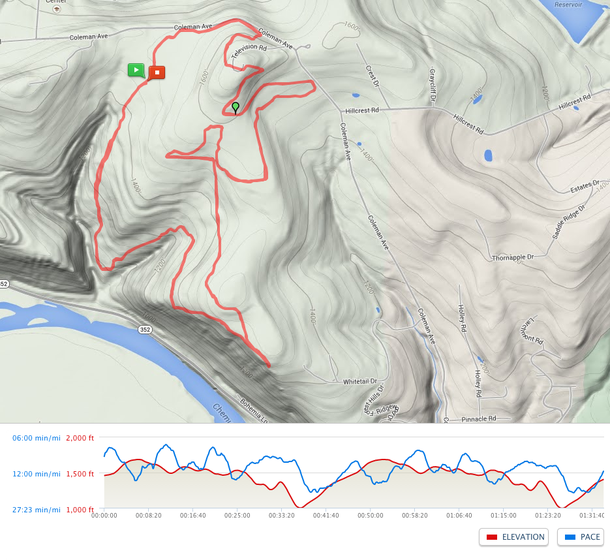 This race report is long overdue, but better late than never! This was my last tune-up race before the July 5 50K, and it proved to be quite a challenge. Held Saturday June 14 at Tanglewood Nature Center in Elmira, NY, this race was advertised as a 20K but actually measured 10.5 miles (everyone knew it, so I guess that's okay!) 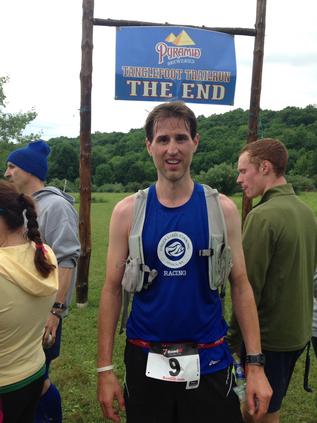 I made it 5 miles from my house before I realized I forgot my hydration pack (whoops!), so turned around and met my daughter at the mailbox with my pack. An auspicious start! As I was driving to the race (just about an hour away), a light rain was coming down with overcast skies. As I thought more about this, I felt that the weather was ideal: as long as it didn't downpour (it didn't).

At the venue, I got my number and headed to the car to get myself settled (it was COLD out, and I was wearing my FLRTC singlet). The nature center has a nice exhibit area, too, so I spent some time in there looking at snakes and other wildlife. I headed to the start line just before the start, and before I knew it we were underway! I settled into a good pace on the first, mostly flat, stretch, but then there was a steady climb to a transmission tower at the top of a hill (the highest point on the course). After that, it was a mostly steady downhill through singletrack, soggy mowed paths and Jeep road to the lowest point. The most daunting feature of this run was the last mile of the course, where we regained almost all of the elevation lost in one long SLOG uphill. I was never so happy to see the finish line, but then urged my legs to keep going for the second loop!

I lost a few places on the second loop to a few guys with fresher legs, but things held together pretty well. Nutritionally things went well, too: I carried gel and water, and think I only used one gel during the run. I was thinking during the second loop about the irony of running. Most of my training is alone, and I like the camaraderie of racing because of the people and energy around me. The first loop I had someone in front or behind me the whole way, gutting it out all together. During the second loop I saw not a soul, we were so spaced out. At one point, I thought I was hopelessly lost (the fog of the run), but I kept the flag markings in sight and stayed on the course just fine. All said and done, I was 10th overall, having covered 10.5 miles and 2,075 feet of elevation gain. 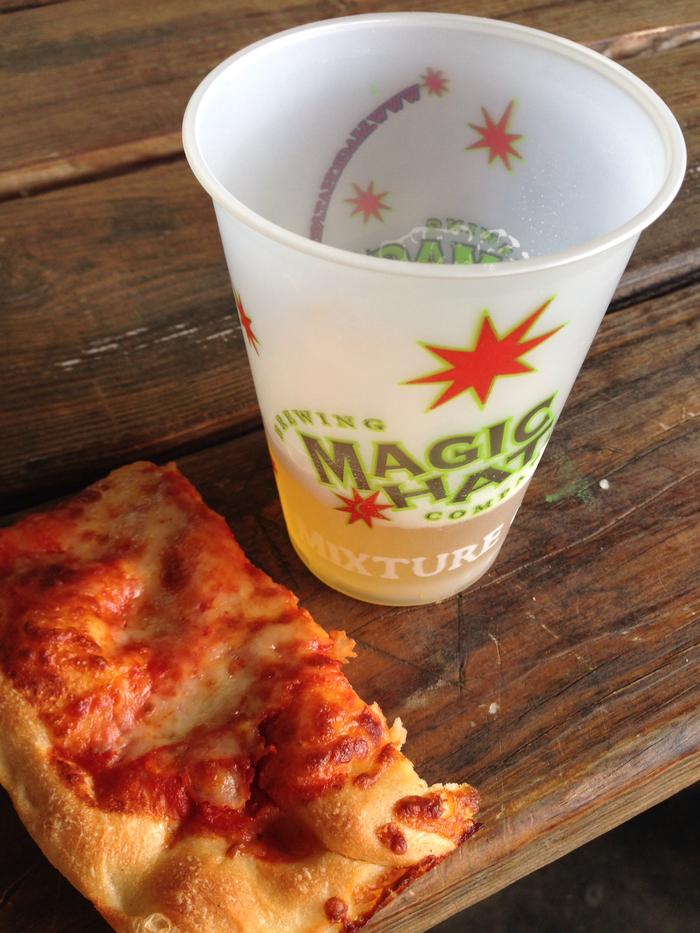 All post-race pizza is good pizza

After the race there was good pizza (all pizza is good after a race) and beer (yes!). I got really COLD again quickly, with a wet singlet and 50-degree temperatures, so a quick change into a dry shirt made the post-race festivities all the more bearable.