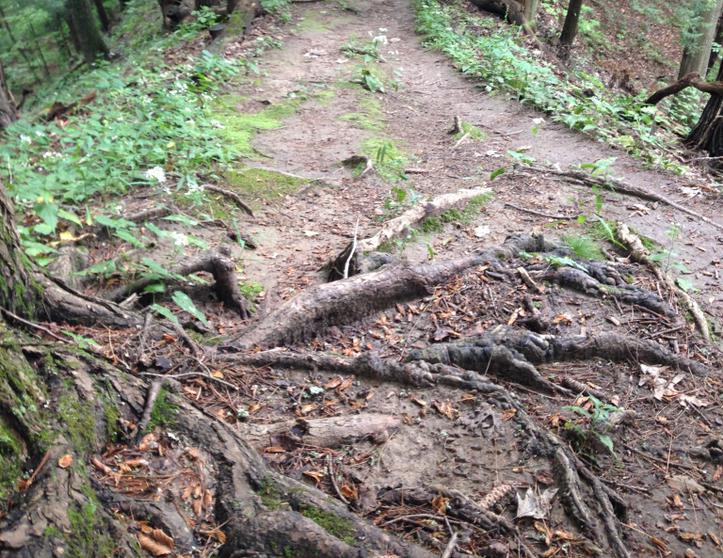 I started training for Cayuga Trails 50, my first 50 miler, on January 12. It was amid cold temperatures and snow (and some incredible skiing competing for my training time) that I started this journey, and now that I'm about halfway there, it's time to take stock.

The snow is starting to melt, and I'm really looking forward to the trails being clear enough to shift most of my training there. I did enjoy some great trail running in winter, but February really socked the trails in and made them all but impassable for me, with just a few exceptions. I've hit treadmills only when I felt it was too cold to be outside, so most of the training has really been on road.

Emotionally I'm feeling somewhat distanced (pun intended) from Cayuga Trails 50, or any racing for that matter. It doesn't seem real. I think in a month it will, though, since I'll be able to log some serious trail miles during that time, and hopefully plenty of them on the actual course at Treman and Buttermilk. Also, I have 3 races to get myself in the mood to race again, with Thom B being the most representative of a trail with elevation. The other factor is just how much I (and my family) LOVE skiing. It's been a great ski racing season, so the snow melting always brings some sadness and lament. As my son would agree, I wish the snow would all melt NOW, with no trace, so that Spring could just visually BE HERE ALREADY. Alas, we'll be waiting a few more weeks!

To summarize and leave this on a positive note, I've kept up with my plan, injury-free, through good and bad weather days. Here's to a similar second half to the training cycle for Cayuga Trails 50!

40+ - hours putting one leg in front of the other