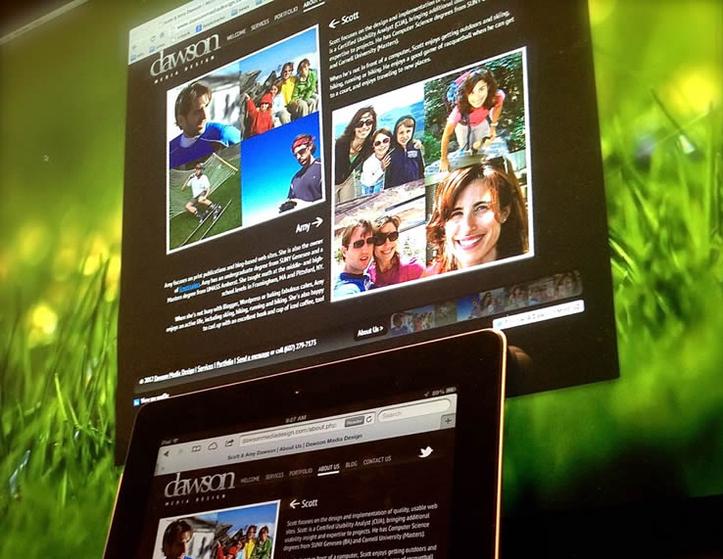 I've been reading up on responsive design using media queries, and spent some weekend time applying the principles to this site. It wasn't that difficult - the most vexing problems for me came during the testing phase (more below). All in all, a great success, and an experience I can start to leverage for other web sites.

There are a ton of resources out there, but here are a few that I found most helpful.

I approached this not from a device perspective, but from a layout perspective. My site is coded for a maximum width of 975 pixels, centered, so my initial media query breakpoint was to have that scale proportionally for narrower widths, down the point where the navigation bar would no longer have room for all of the options (right around 63.75em). In addition to scaling elements down, I also dropped a graphic element from the footer.

Then, I had another break point at 46em for narrower devices like iPhone, where the navigation is simplified even more, with links centered below the logo, and the footer dramatically simplified.

Lastly, I spent a few minutes with print styles, which are in a media query in the main CSS. I tested out the changes with Safari, Firefox and Chrome on the Mac, Safari and Chrome on iPhone and iPad, and IE 7, Firefox and Chrome on Windows XP. I'm pretty satisfied with the result, although I did come across a pesky issue with Google Fonts not rendering on iPhone's Chrome (Safari works fine). If anyone has an idea for why that's failing, let me know!