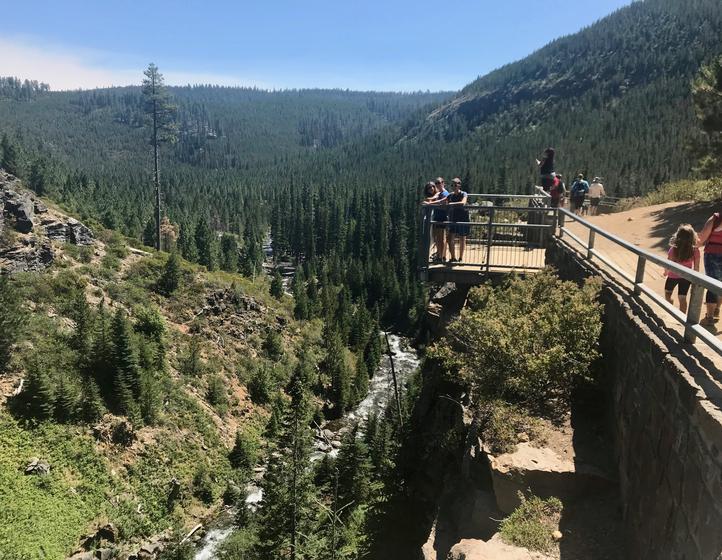 Saturday was sadly our last full day in Oregon but we made the most of it! We started off with a 90-minute horseback ride from Black Butte Ranch. Amy and I did this together during our last trip to the area and wanted to give the kids a similar experience. We ended up having a solo trip with our guide and saw some beautiful things: a herd of elk, the clearest views of the Cascades range (thank you, departing forest fire smoke) and a beautiful view of Black Butte (which we learned is the world’s second most-symmetrical in the world, behind Mount Fuji). 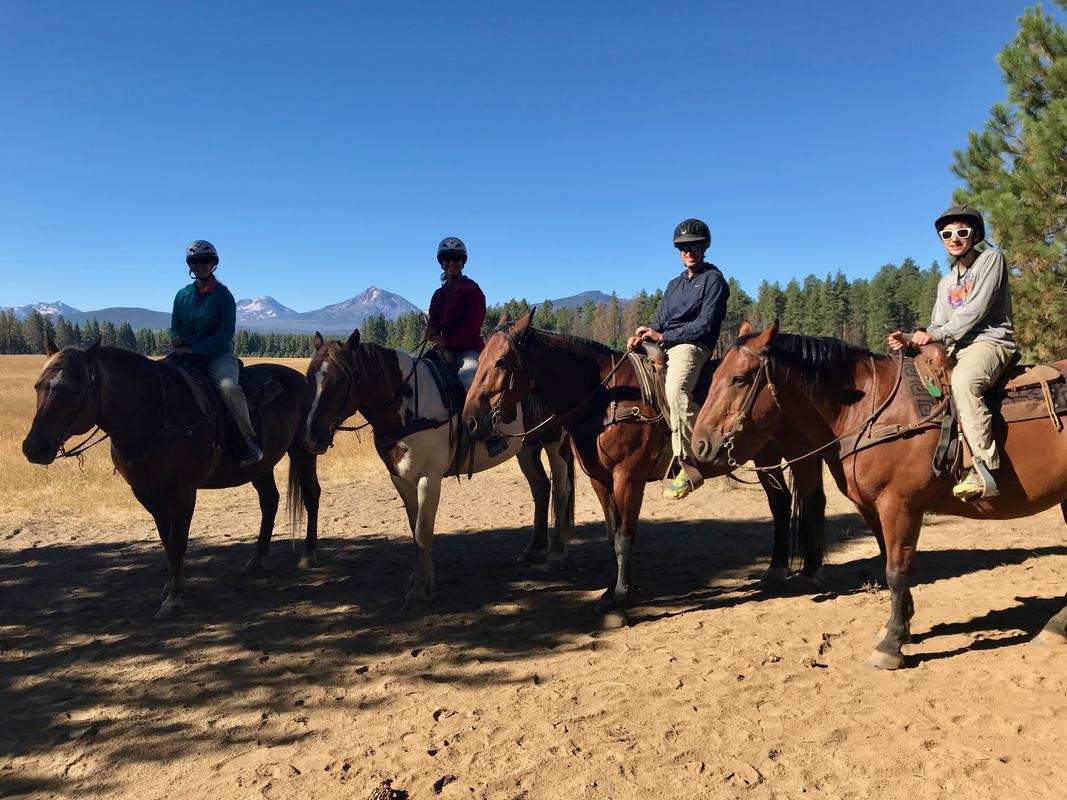 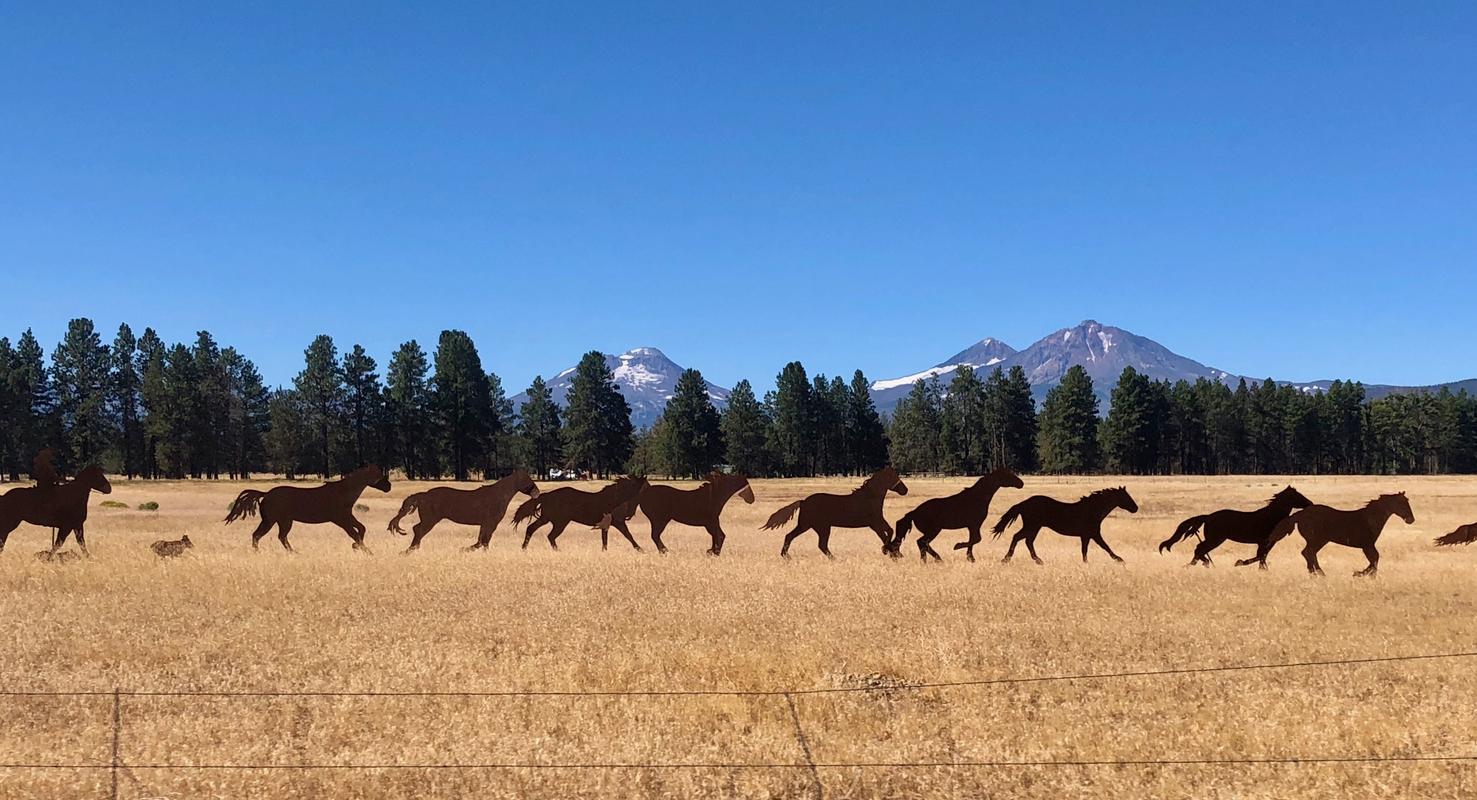 After riding, we met up with my high school friend Mata and her family at the Northwest Crossing Farmers Market. We enjoyed walking among the vendor stalls and catching up. While in the area, we grabbed an outdoor table at Sunny Yoga Kitchen for a delicious lunch. 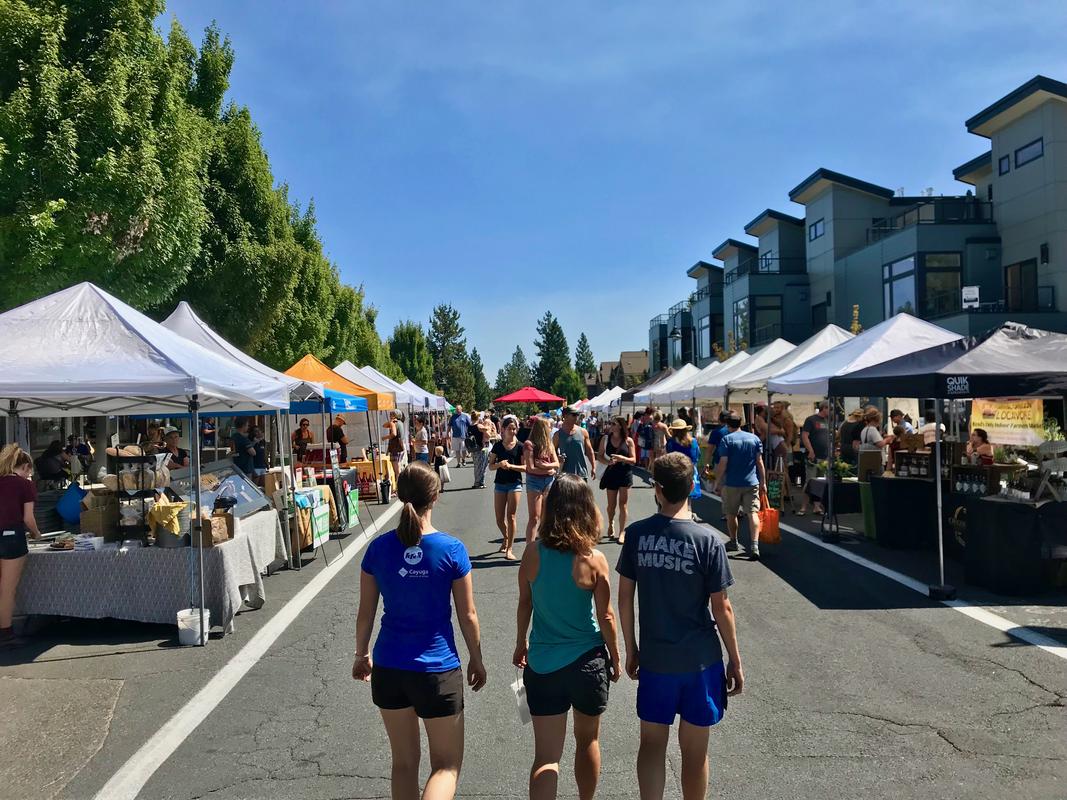 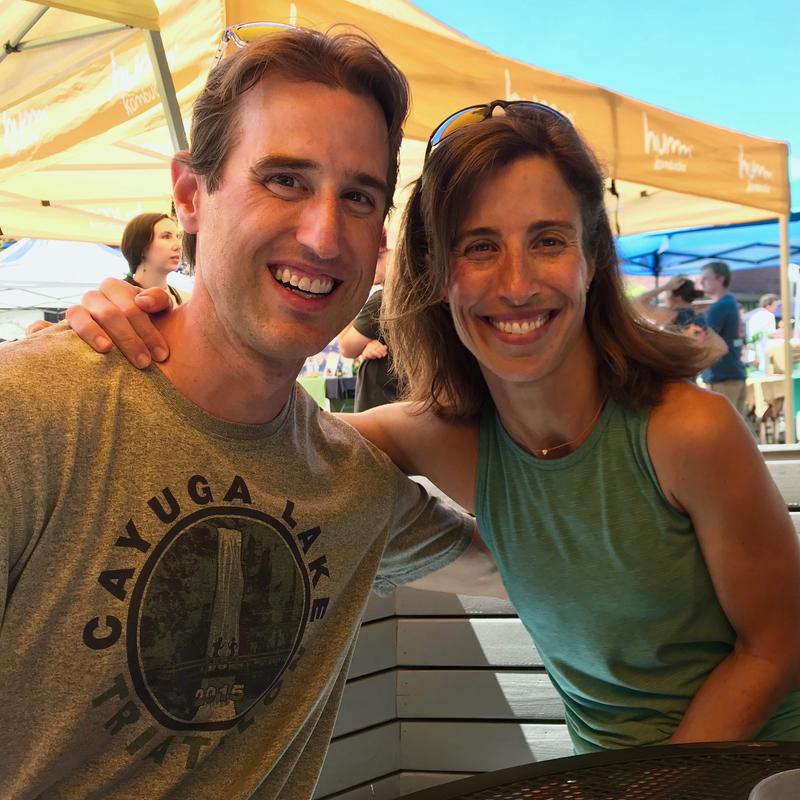 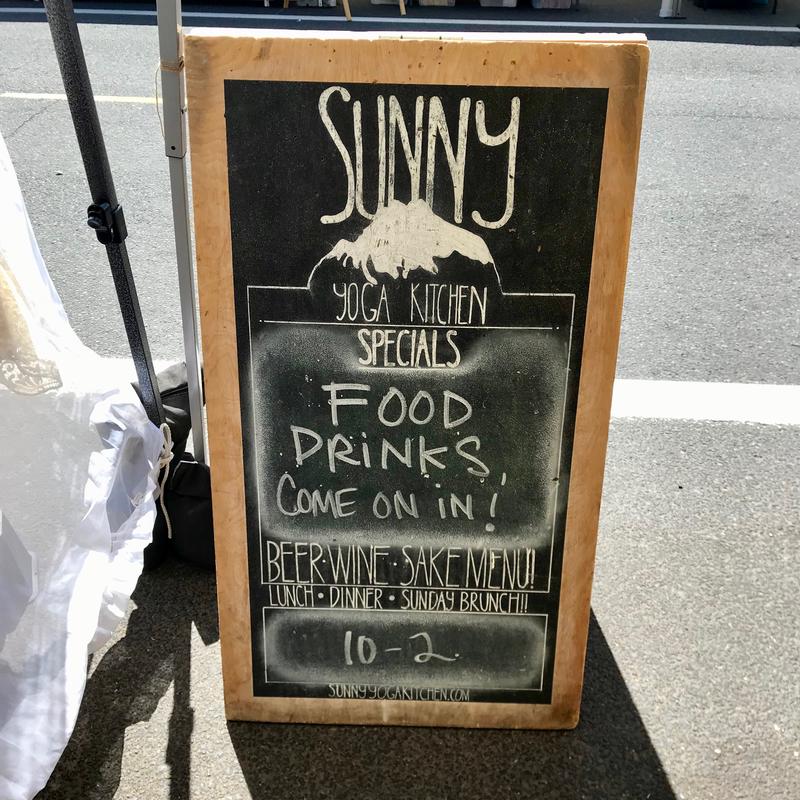 We had our sights set on Tumalo Falls for the afternoon, but mistakenly believed it was halfway back to Sisters in Tumalo. Nope — that’s a state park with camping along the Deschutes. We mapped it out on our GPS and headed due west from Northwest Crossing and arrived at a very busy parking area. Luckily, there was a free spot just feet from the trailhead. We checked out the map, decided to leave our trekking poles behind, and headed up the trail with just a few running packs of water on the kids’ backs.

We passed waterfall after waterfall on the outbound leg of the hike. The terrain was well-trod, and I’ll say it got a bit monotonous as we neared 3.5 miles. At the junction with the middle fork of Tumalo Creek, we realized quickly that, were we to cross without our poles to steady us, we’d get wet. The crossing logs were either too narrow or submerged, so we decided to head back the way we’d come. As an added bonus, since we were wearing running packs and trail running shoes, we could do some running on the mostly-downhill return. I took up a spot behind Xander and really enjoyed the stretches of running on the clean trail. There were a few roots and rocks to contend with, but nothing like some of the trails out east. 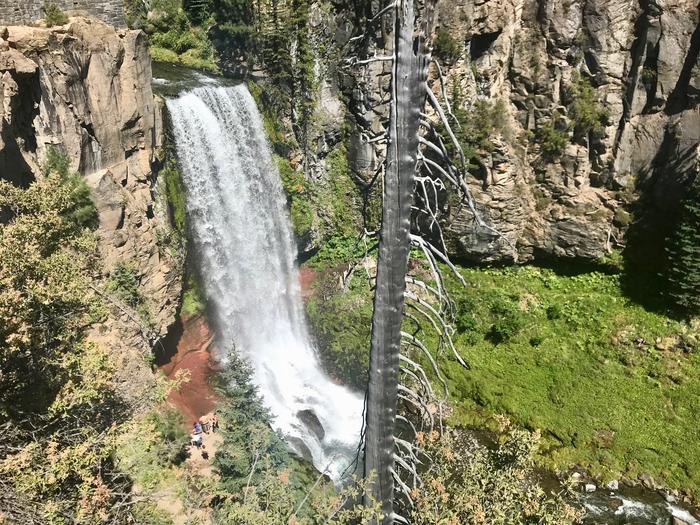 So many waterfalls along the hike! 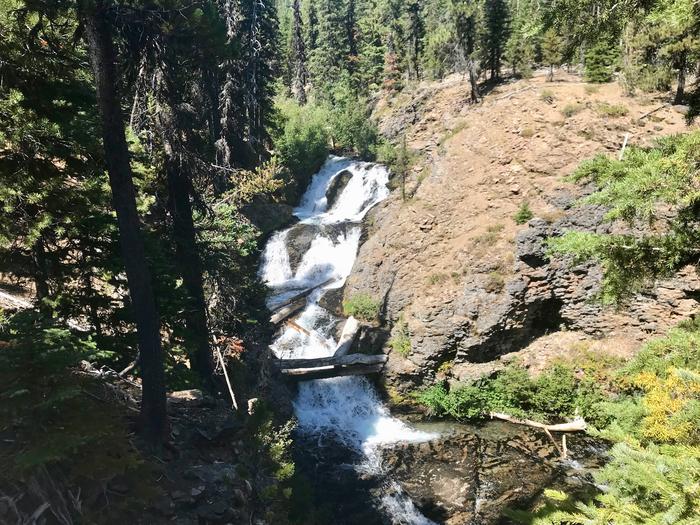 We were back to the parking lot in short order. The juxtaposition of having hiked the route one way and running the other was really cool. We piled into the car, having completed our hiking for the week, and headed off to a rather filling dinner at Worthy Brewing. 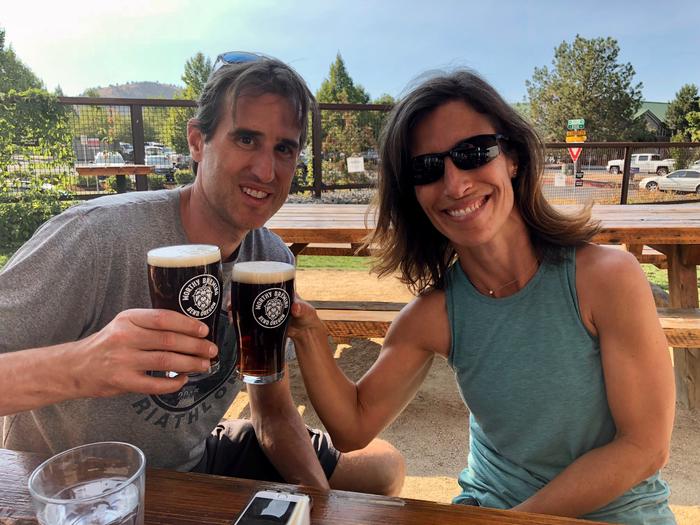