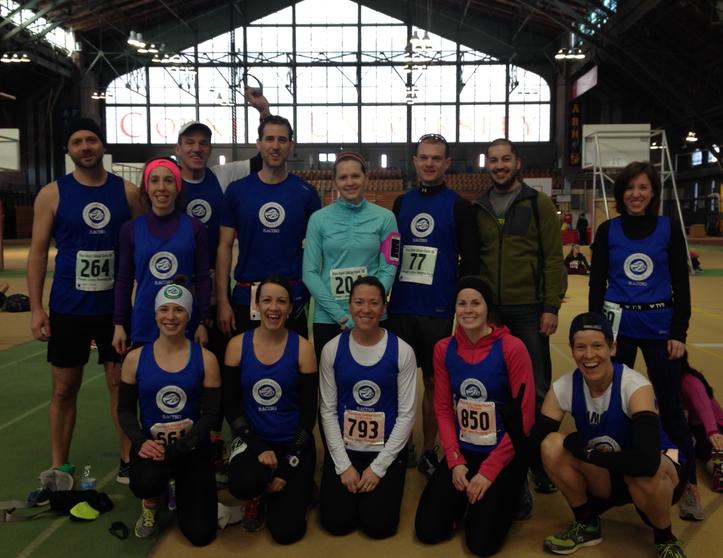 Week 3 of 50K training and feeling strong! Sunday I did a lifting session at the gym (no running, except a quick 1/2 mile treadmill warmup). Also managed to get in the pool for 1,000 yards, which will come in handy for the triathlon this summer.

Tuesday’s run was fun: we juggle schedules so the kids and Amy can have piano lessons amidst Elizabeth’s dance lessons. It’s crazy, but it works. Amy and I usually hit the gym as part of this, but I opted to run from Trumansburg to Island Health & Fitness, a 10.3 mile run. It was good training for the Skunk in retrospect.

Wednesday’s run was standard fare, but Thursday was CRAZY! Amy had to get her long run in, and there was weather coming in Friday, so I suggested a nighttime run Thursday night. She thought that was pretty cool, so she banked 14 between 8p and 10:15p, and I joined her for the last 6 with a headlamp to help light our way. It was surreal, with warm temperatures and really calm streets. It’s pretty fun to run at night! I headed out Friday for my last run before the Skunk Cabbage Half on Sunday, and also took in Friday night BodyPump at Island.

Sunday’s Skunk Cabbage Half was AWESOME. I got to meet and run alongside my teammates from Finger Lakes Running & Triathlon Company. It felt so cool to be part of a team, and our singlets are great. I wrote about the run in this post. I came in 1:34:08, 7th in my age group, with 7:12 minute miles, and was really happy with the run (and the post-race massage wasn’t too shabby either: what a perk).