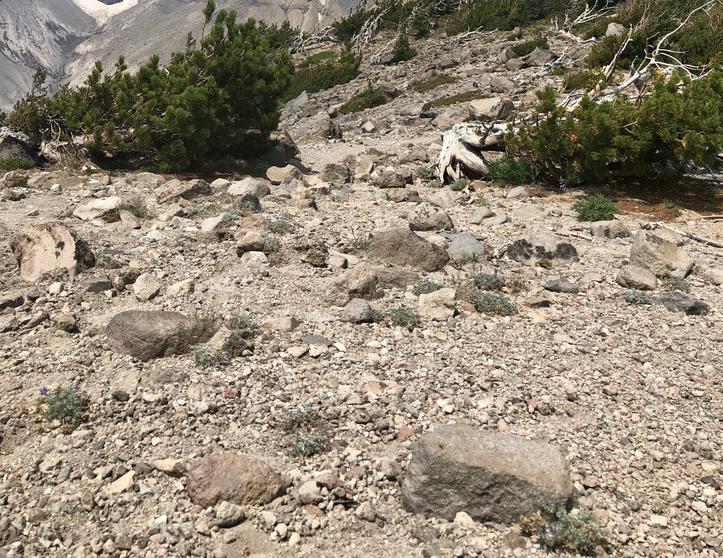 We wanted to get a far earlier start on this hike than we’d had the prior day at Kings Mountain. We arrived at the trailhead just off of Mt. Hood Meadows Nordic Center at 9a, after a bit of confusion after mistakenly pulling into the main Meadows driveway. It's clear that we have to update our guidebooks, since the ones we're using were published about a decade ago!

This hike advertised a far more gradual ascent than Kings Mountain and we immediately appreciated the chance to hike on more level ground. The first 1.2 miles were fairly flat with smaller creek crossings over bridges. Newton Creek was flowing full and fast, though, and had no such bridge. We followed the trail upstream about 100 yards and crossed somewhat perilously on a massive log about 10 feet over the water. 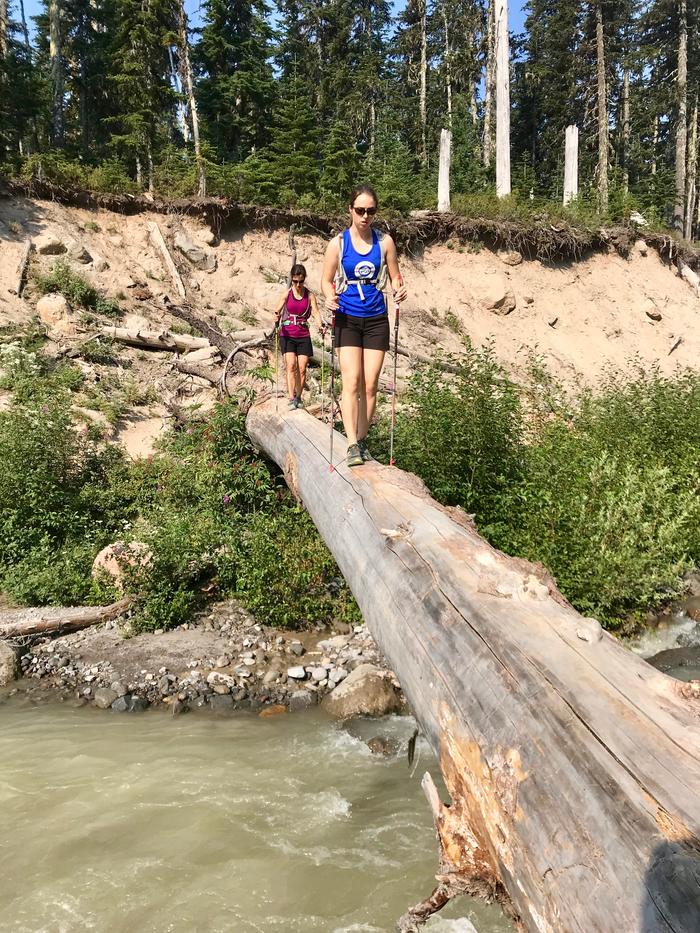 As we searched for the trail to resume on the far side of Newton, we spied a better creek crossing much closer to the trail. We’d take that on the return trip!

The guidebook told us we'd encounter eight switchbacks up the steep slope, so the kids delighted in keeping track of where we were on the way up. At some point along this stretch, I stopped to take a picture of this really cool stripped tree trunk with remarkable diagonal striping. I wondered aloud what could have cause it? 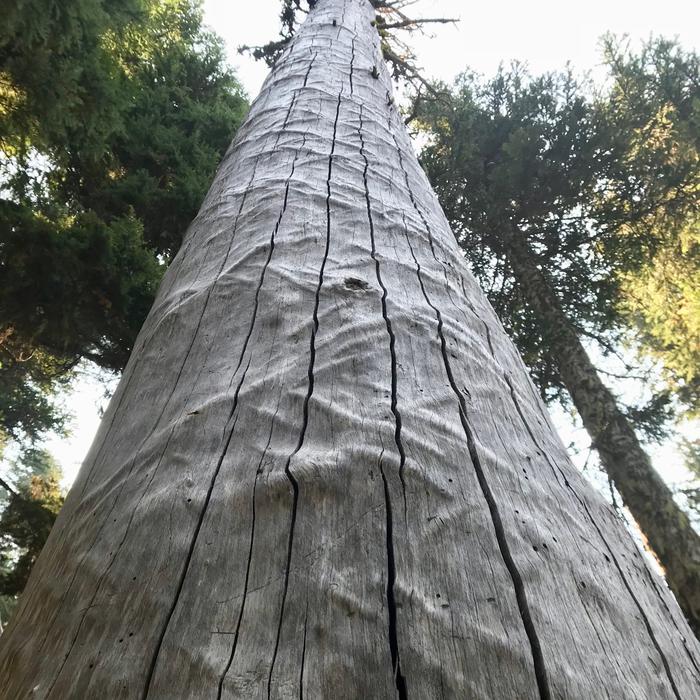 Diagonal striping under the bark

After counting nine switchbacks (oh, cruel expectation setting ... it was supposed to be eight!) we came to trail junction with the Elk Meadows perimeter trail. 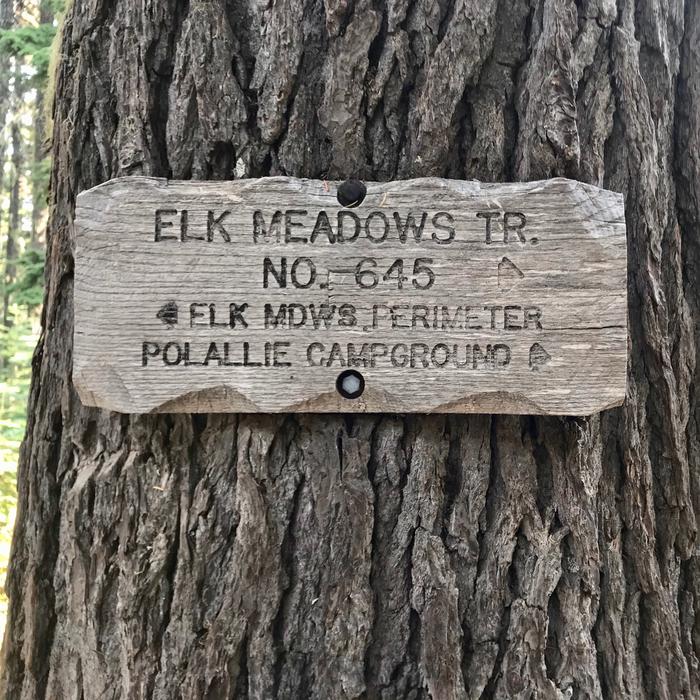 The meadow was not in full bloom anymore, but it probably was in July. We followed signs for Gnarl Ridge which took us another mile uphill to meet up with the Timberline Trail. 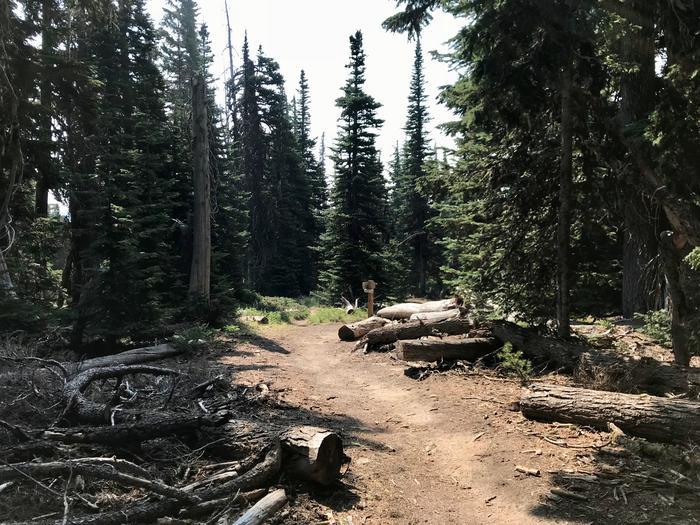 Junction to shortcut Elk Meadows on the return trip

We followed signs for Cloud Cap for the remainder of the hike. As we approached the edge of Gnarl Ridge the guidebook talked about the remains of an old stone hut that we’d see on the left. Approaching, it looks like just a pile of rocks, but on the way back we saw that the outline and walls were very clearly demarcated. It's interesting how your perspective can make all the difference in recognizing something! Gnarl Ridge was impressive. We sat to have lunch of almond butter/jelly sandwiches and grapes. Elizabeth was able to take remote pictures of us using her Apple Watch, too! 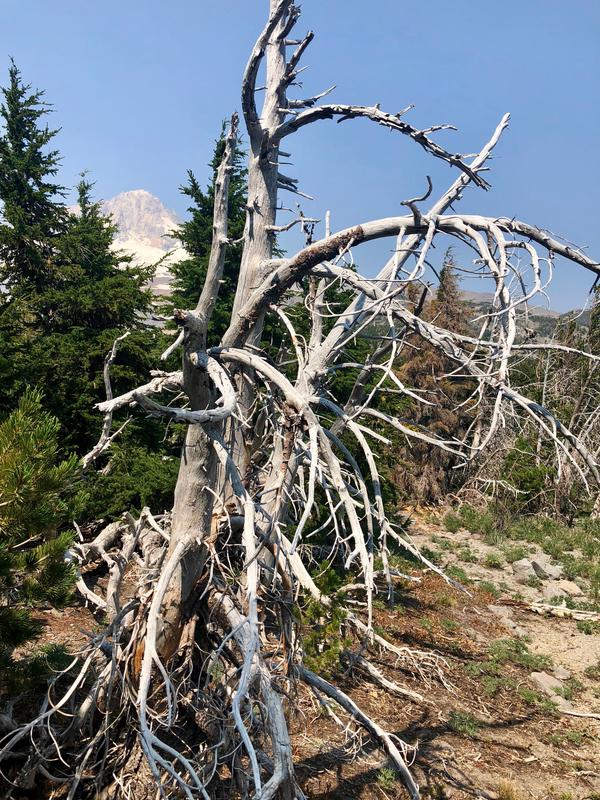 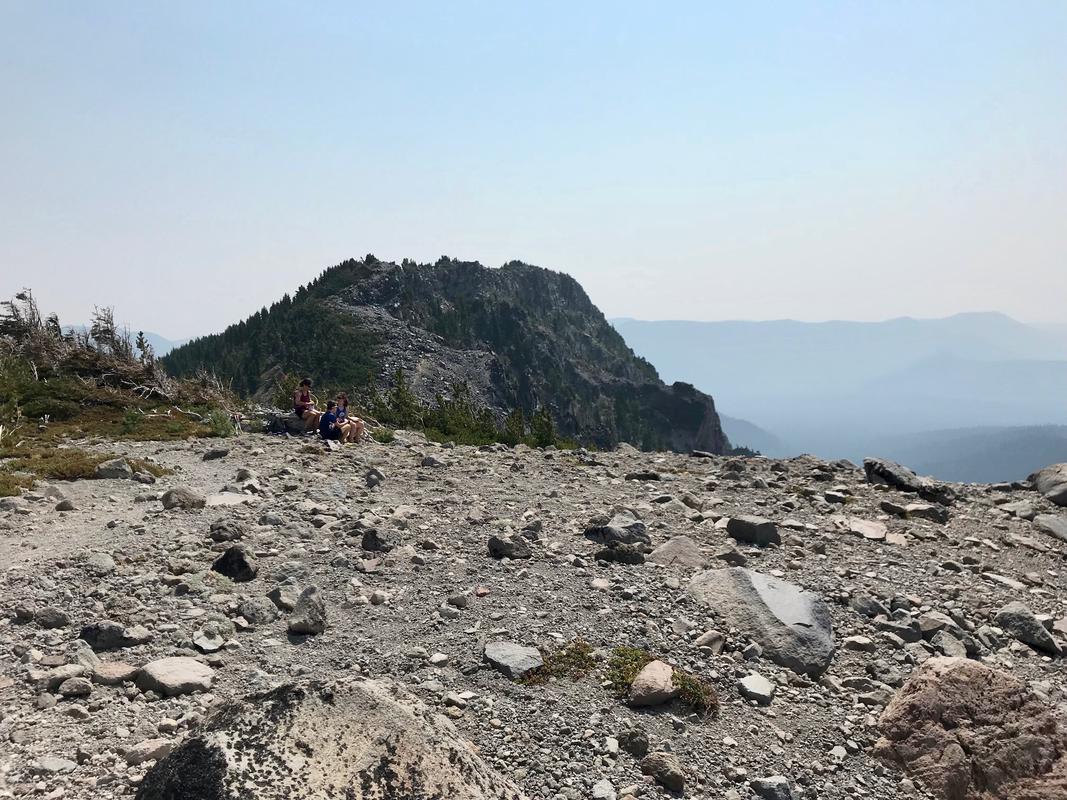 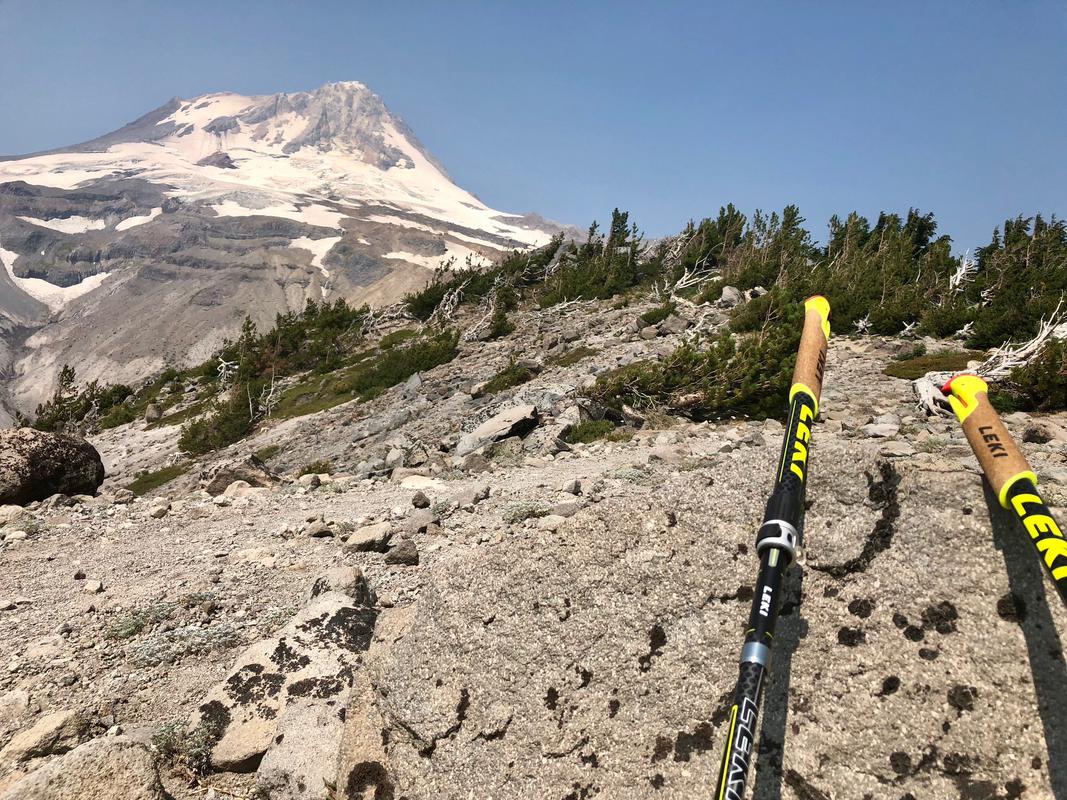 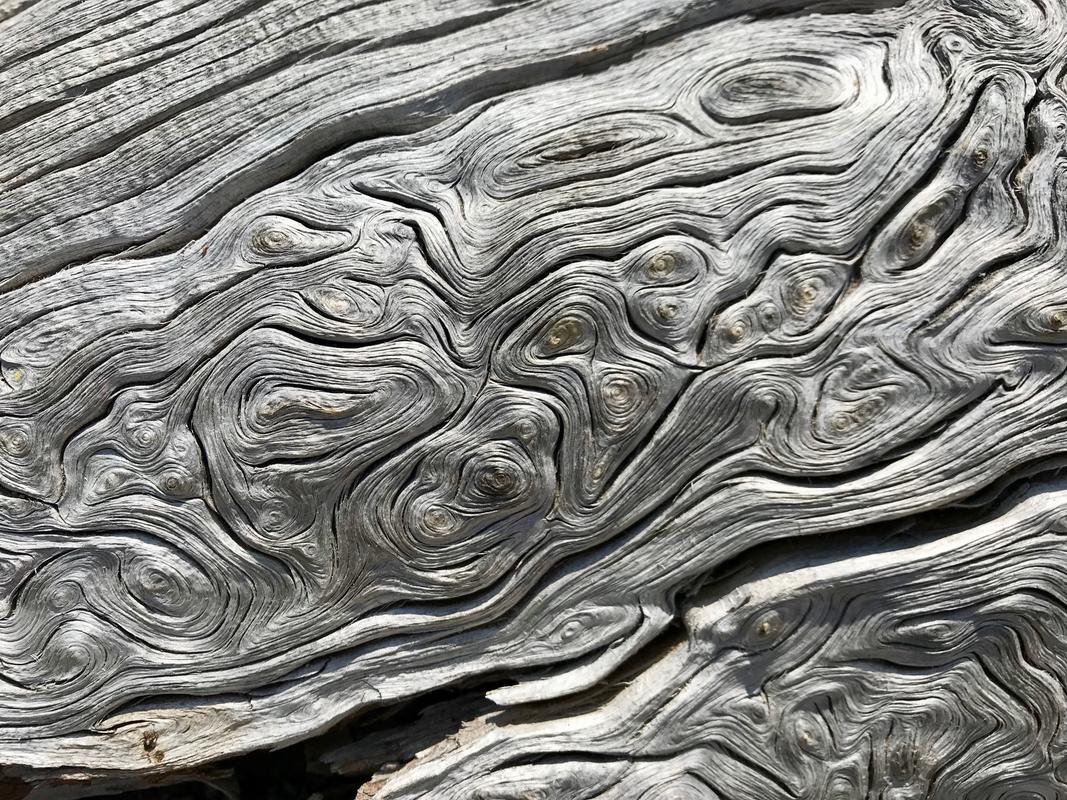 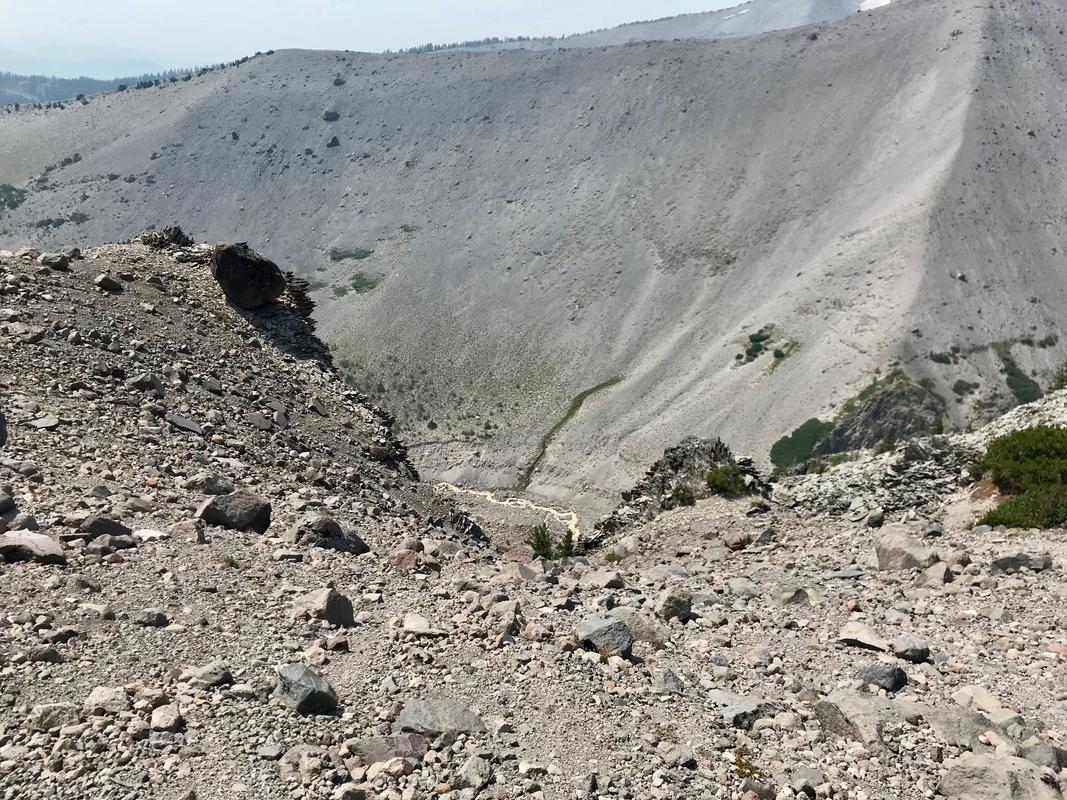 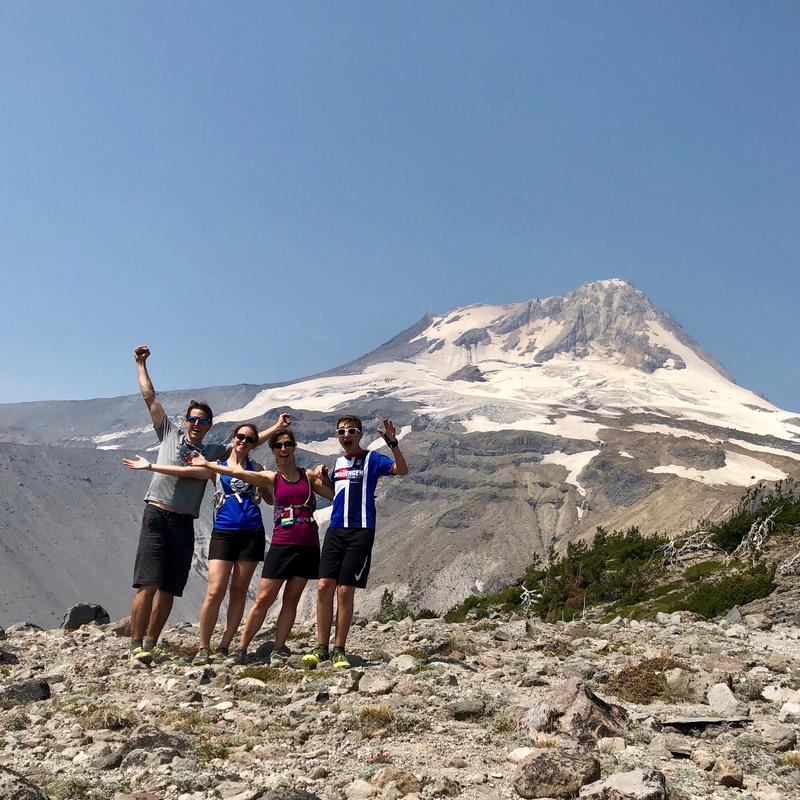 Our descent was far faster and we were able to pace at about 4 mph instead of the 2 we’d made the way up. Back at Newton, we took the more straightforward crossing we'd not seen on the way in. 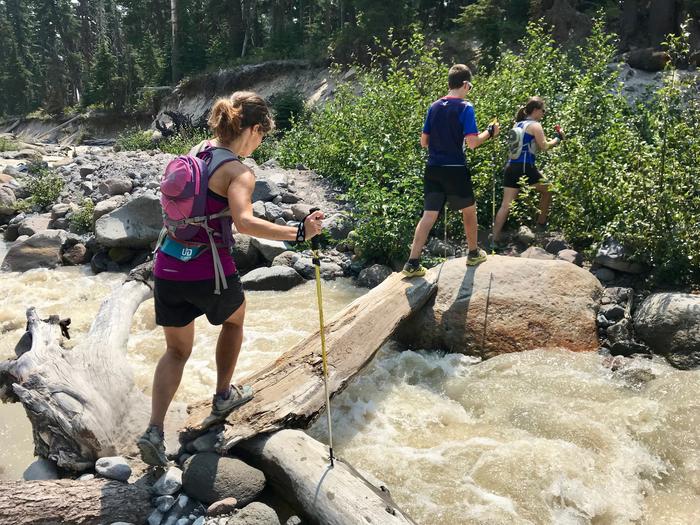 Newton crossing on the return trip

We made a brief stop at Trillium Lake after the hike. The kids had not yet seen this amazing view. I took my sandals off to douse my dusty legs in the refreshing water and we took a few pictures before heading back to the car for our drive back to Portland. 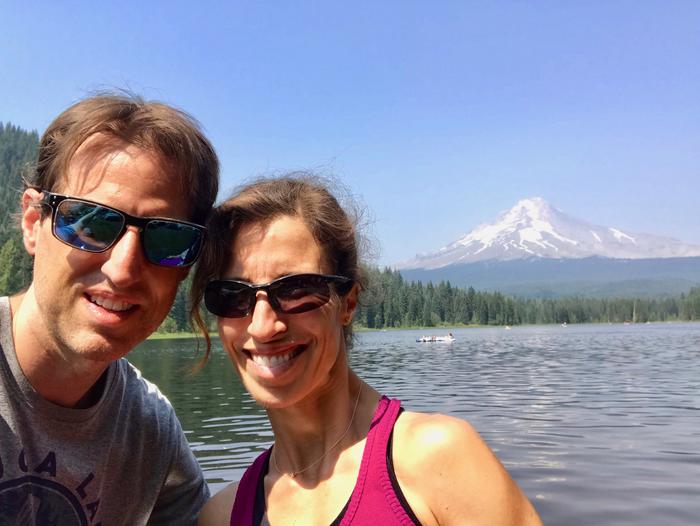 As evidence that Portland is a "small town" the driver of the car parked next to us was the woman who worked at Road Runner Sports the prior day! She had said she was going to the Hood area, and we had joked that perhaps we'd run into each other. What are the chances?