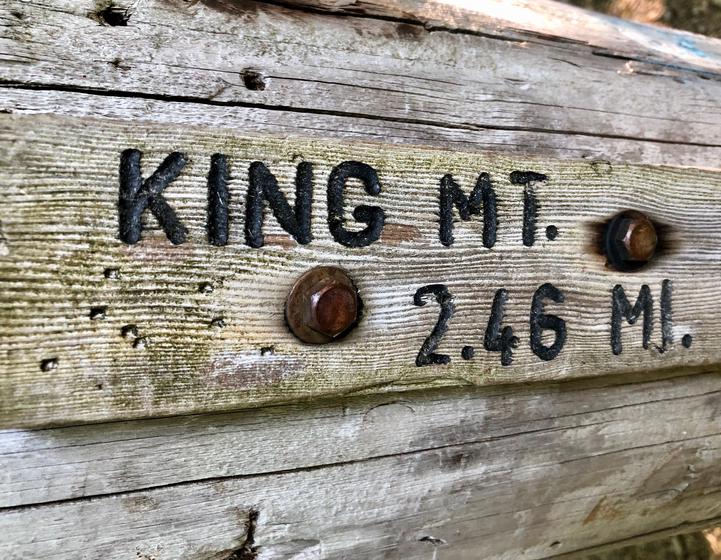 We had intended to hike Saddle Ridge for the first hike of our summer trip to Oregon, but found out en route that it was closed due to a dried washed out creek. Since we were "in the neighborhood" we decided to re-route to to a familiar peak a short detour to the south. We’d done the entire Elk-Kings Traverse with the kids when they were younger, but given the late start we had on the day, we decided to do an out-and-back (or is it up-and-down?) to Kings Mountain. Although it’s just 5 miles round trip, it gains 2,546 feet of elevation. 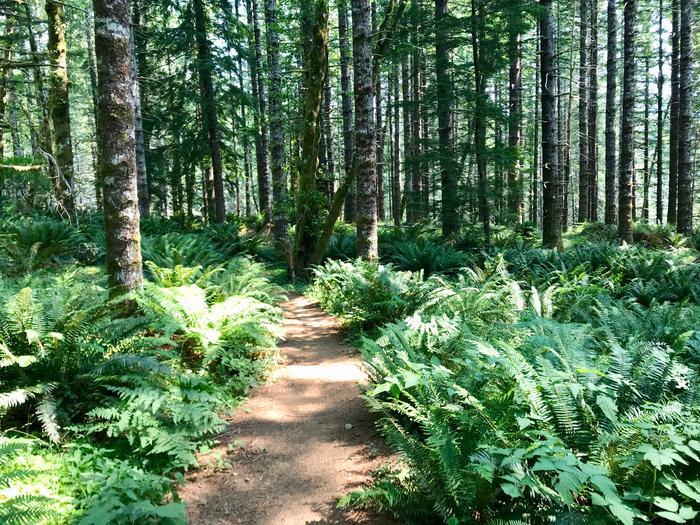 We started hiking shortly before 11a. The trail started off fairly level as you walk through a lush forest with massive ferns. This part always reminds me of ET or Star Wars - you know, the scenes with Ewoks? As the trail steepened I was grateful that we’d brought trekking poles for all four of us. Halfway through our ascent we came to a junction and a trail runner was trying to decide where to go. We were standing at an unmarked shortcut trail to the top and he said that was the direction of the summit. We took the shortcut, but only realized we'd done so as we came to the junction with the main trail. It was very steep and in hindsight, it was clearly not the main trail. We’d definitely take that down on the return trip! 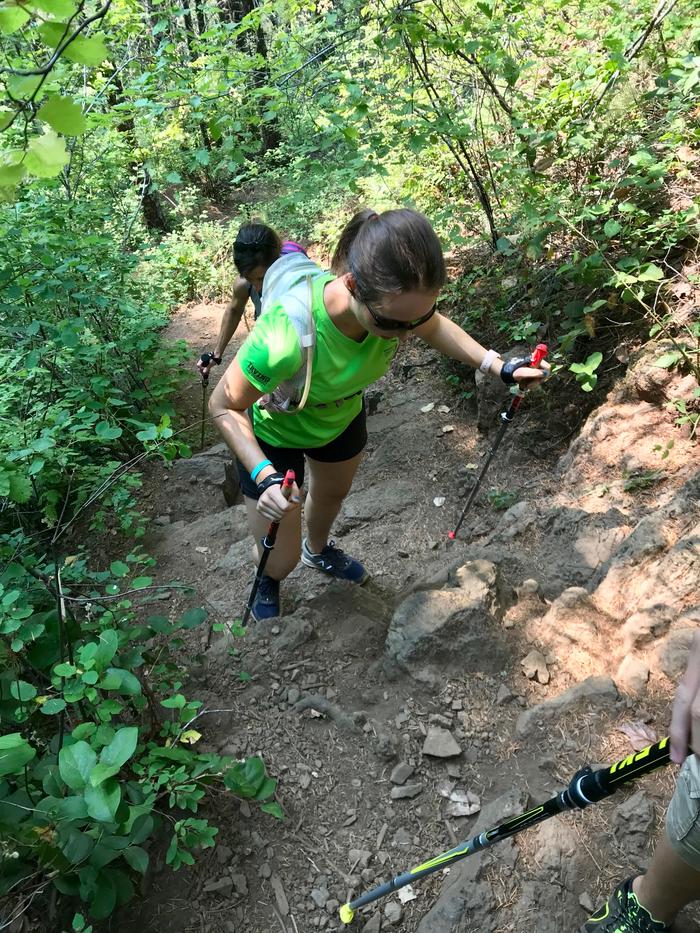 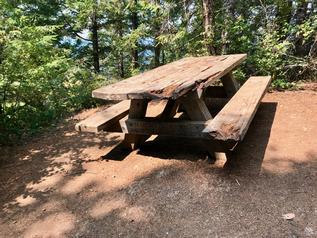 We encountered a picnic table built as an Eagle Scout project in 1993 by “N. Brown” from Tigard, Oregon. It's close to the top and a tempting place to take a break. It’s holding up pretty well, having been there for 25 years!

We finally came out of the trees onto an exposed patch at the summit. The expansive views were worth the effort, but just barely. It was a lot of vertical to cover in such a short time! We signed the trail register at the top and enjoyed snacks of Krave Beef Jerky (Chili Lime), dried cranberries and trail mix. We thought it was especially appropriate that we adults were wearing Altra King MTs. They're our favorite trail running shoe, so we took a photo of our Kings at the top of Kings. 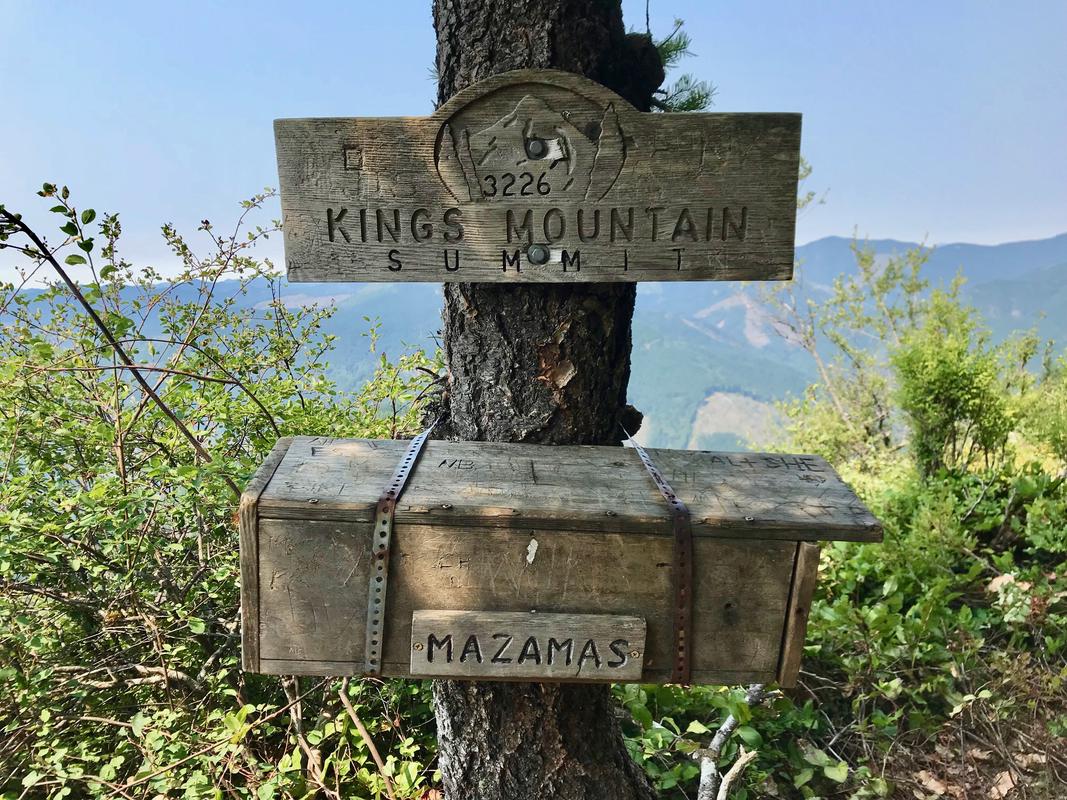 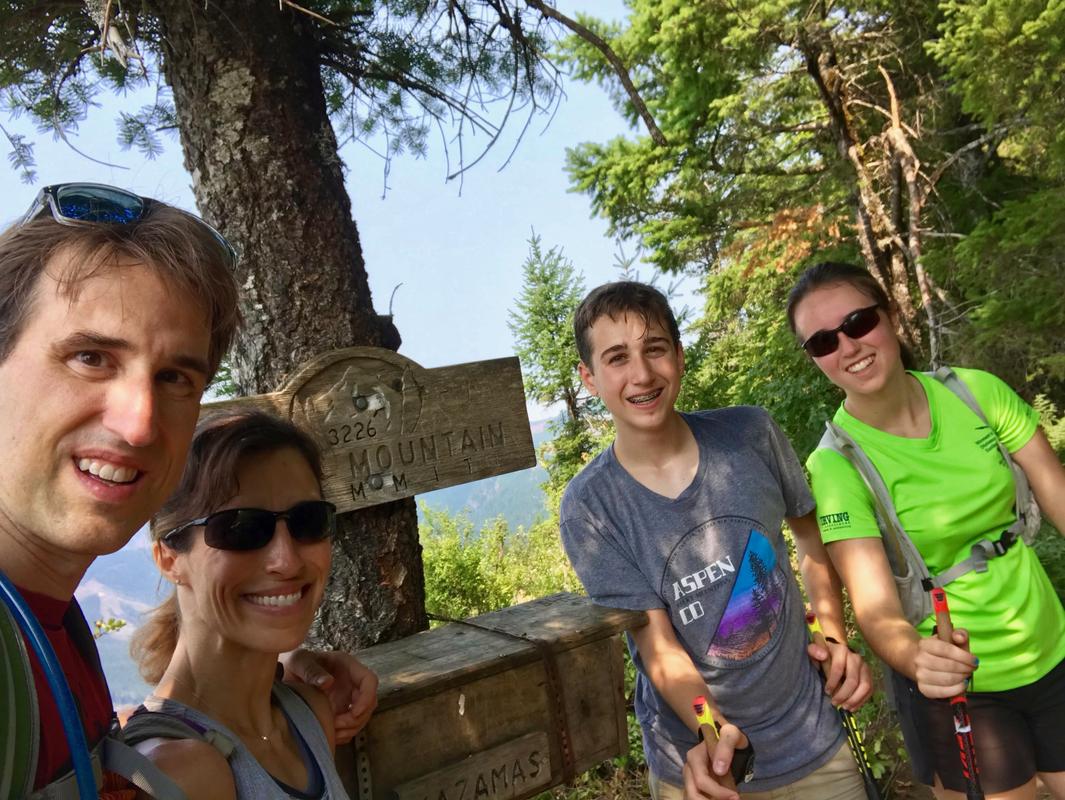 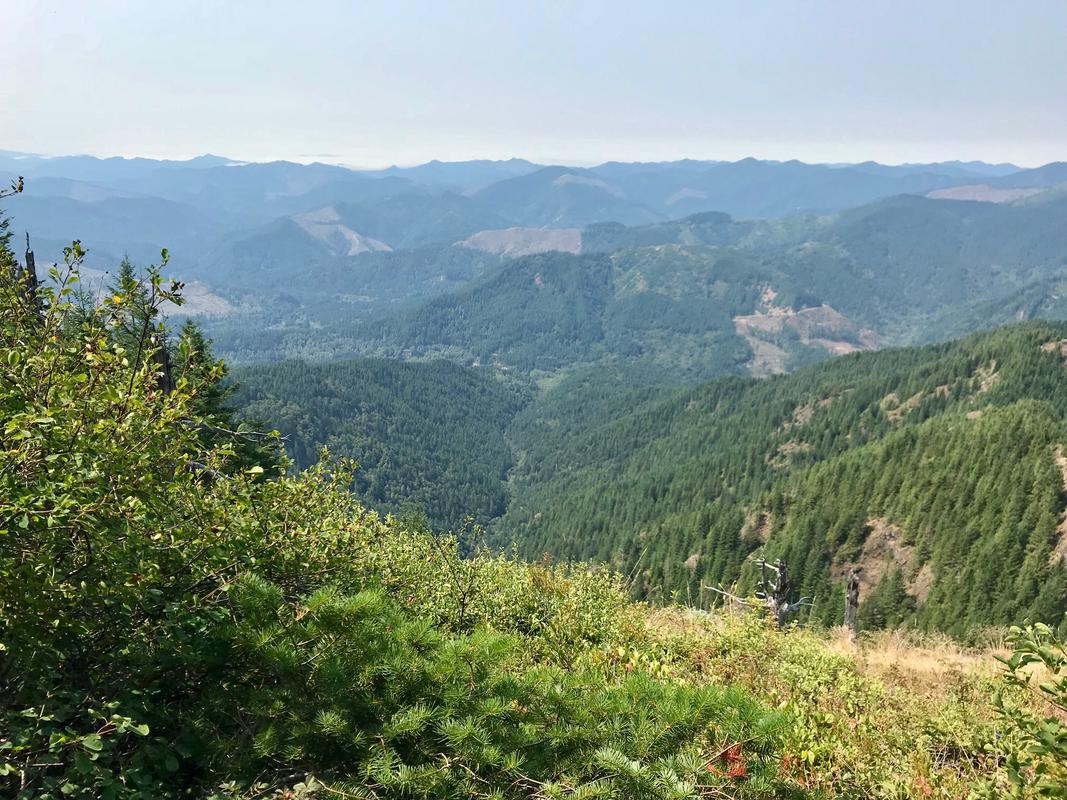 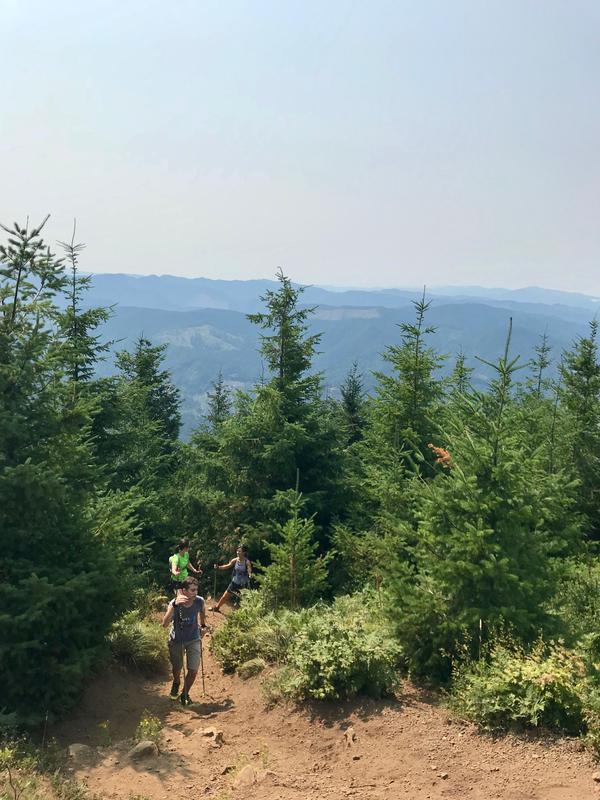 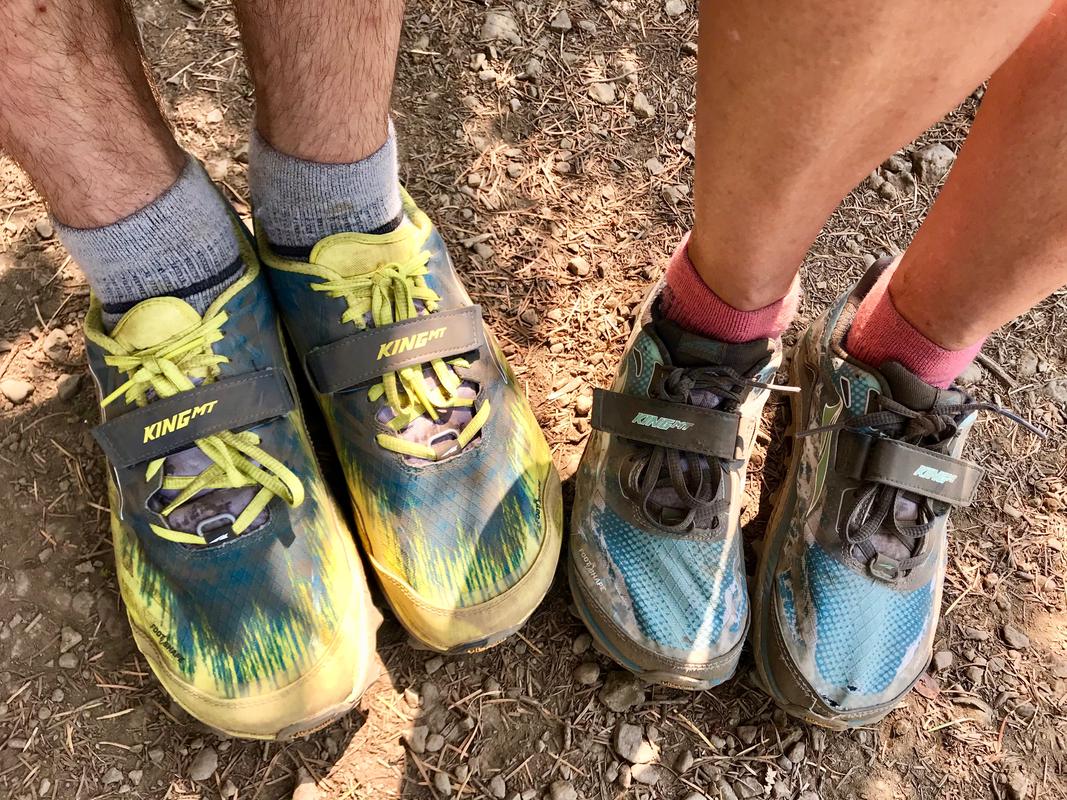 We descended the way we came, taking care to avoid the steep shortcut on the way down. Sadly, Elizabeth was using footwear that didn’t have sufficient tread on it. She suffered through a lot of slipping on the way down. We later stopped at Road Runner Sports on the way home and bought her some bonafide trail running shoes. 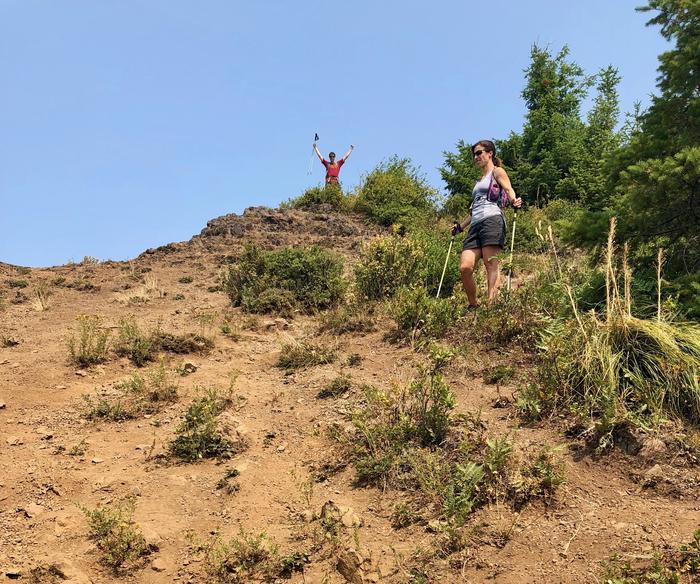 Goofing around on the descent 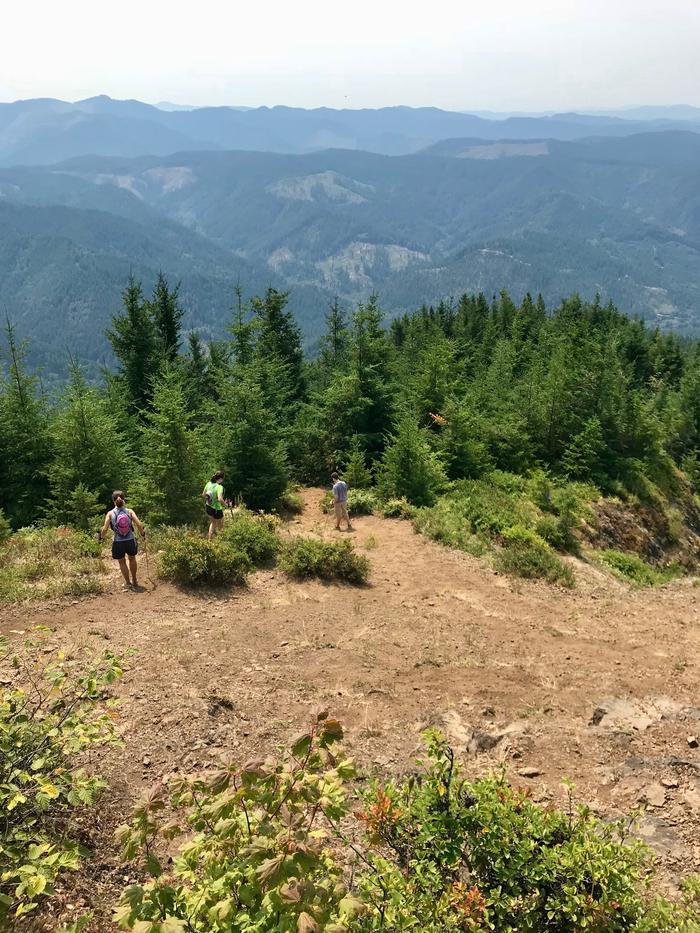 The trail is so steep at times!

Post-hike, we drove further west and north to Cannon Beach (where parking was a nightmare) to see Haystack Rock (which was very foggy) and enjoy an early dinner at Pelican Brewing. As always, post-hike food is fantastic! 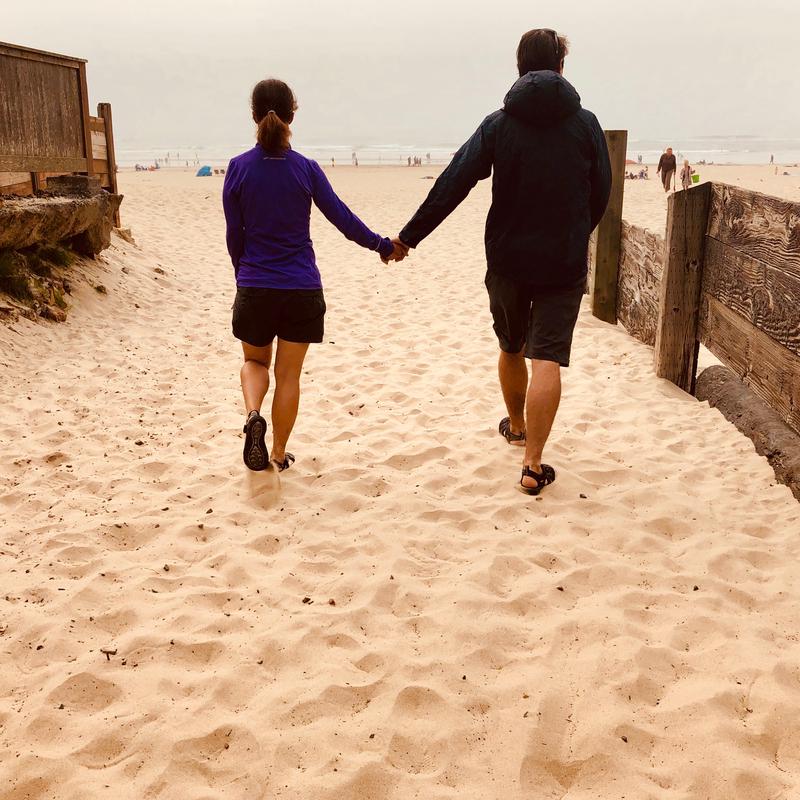 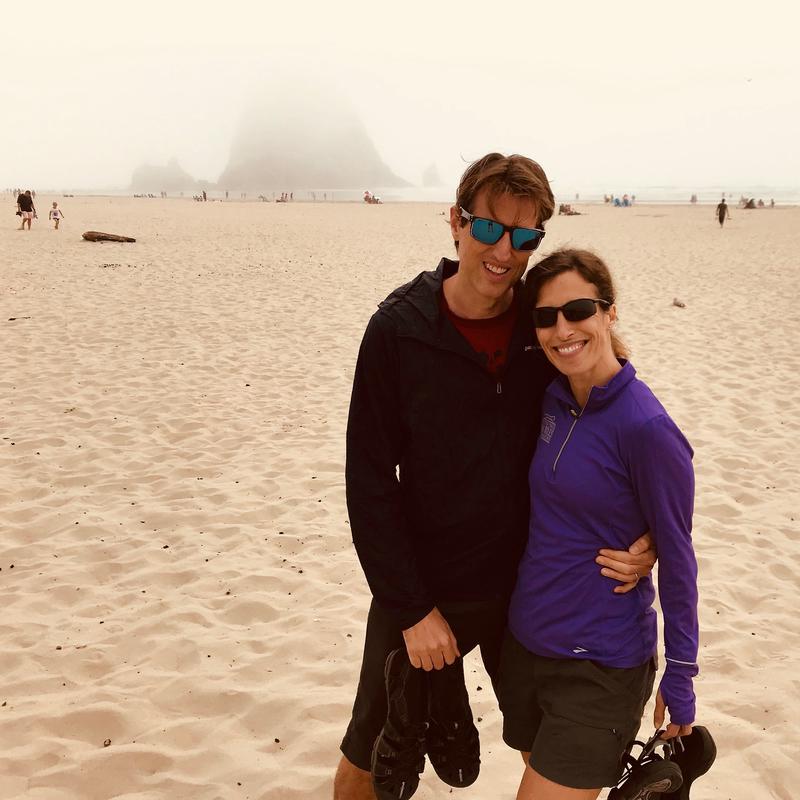 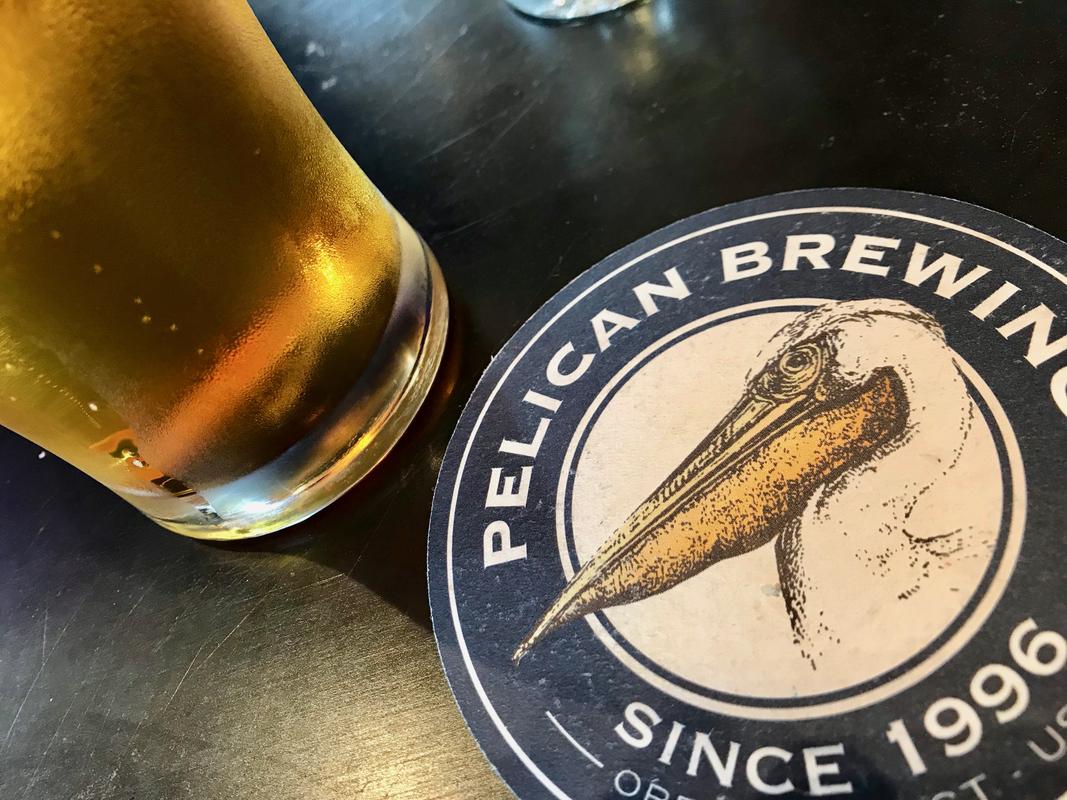 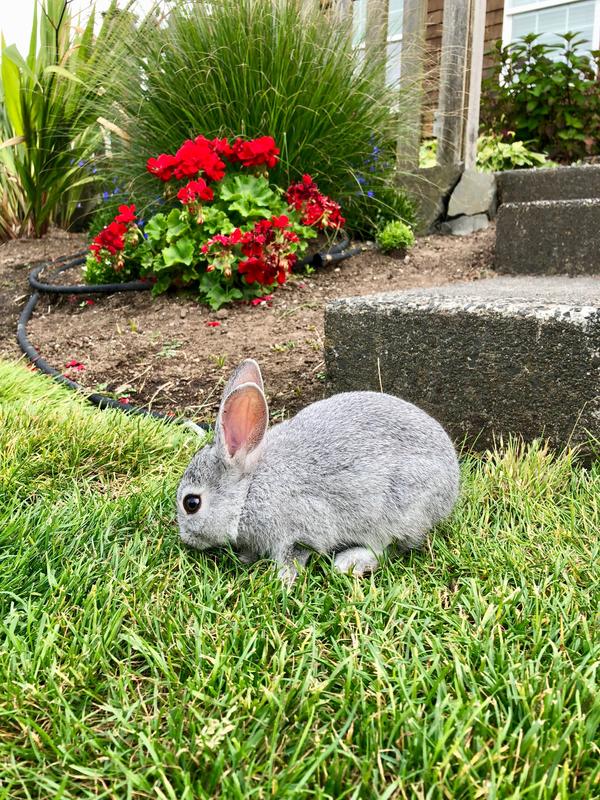 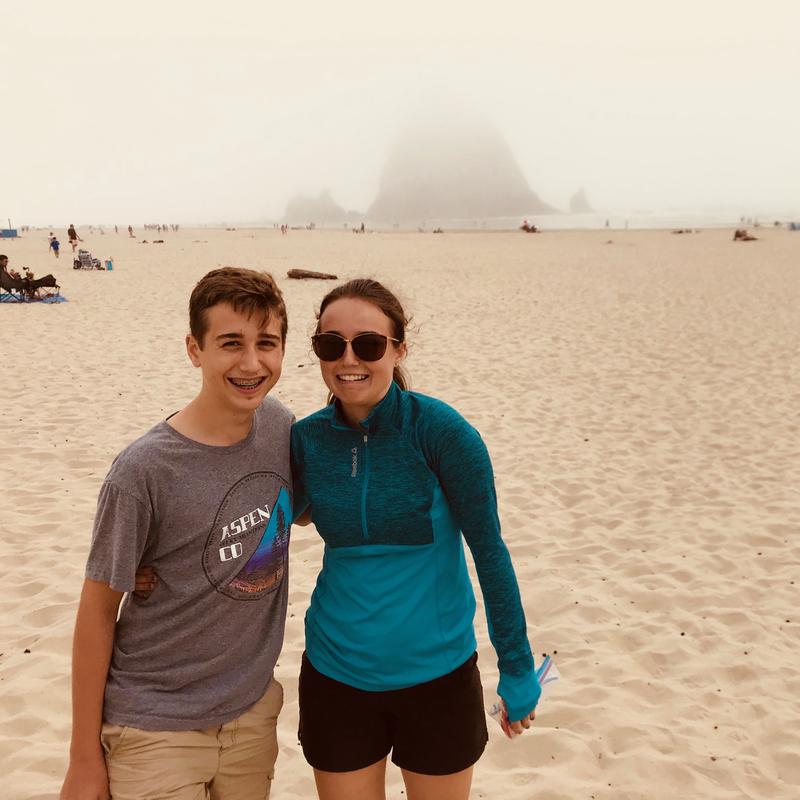