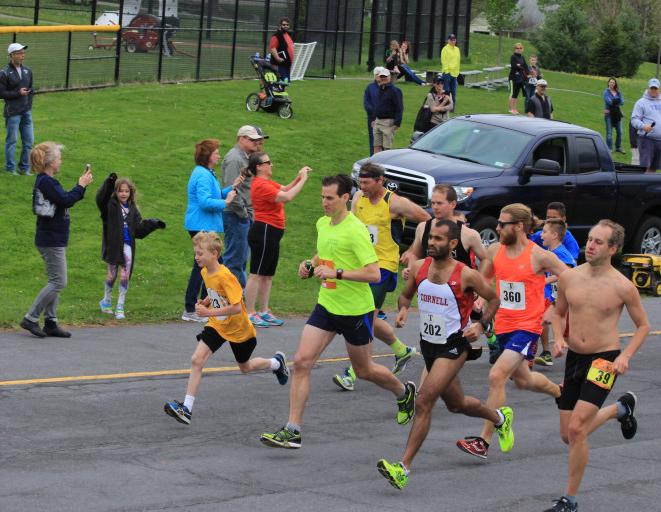 I was really excited to run the May Day this year, since I had to sit out last year after breaking my toe. No such bad luck this year! This race is always a family affair since Amy co-organizes the race, and she does such a great job with it! We had gotten delivery of hundreds of t-shirts and water bottles, put out sign boards on Main Street, and kept the social media pipeline full leading up to the race. There's that, and so much more she does behind the scenes!

Race morning, I drove around after dropping Amy at the school and put out the mile markers. Later in the morning, I'd be running by these, but paradoxically I wouldn't notice them. I know the route really well, and at a 5-mile distance, it's pretty much an all-out effort the whole time. Pacing? Nah. Elizabeth and Xander would be running today, too, the 5M and 5K distances respectively.

Pre-race we had access to the elementary school cafeteria and bathrooms, so I enjoyed milling around inside and outside talking to friends. My son Xander sang the national anthem on the tailgate of a truck, just before he toed the line for his own race.

I lined up right on the start pad (a new feature from the timer this year, and well worth it!) We were off quickly, and I glanced around to see who was nearby, as it was a mix of 5K and 5M. 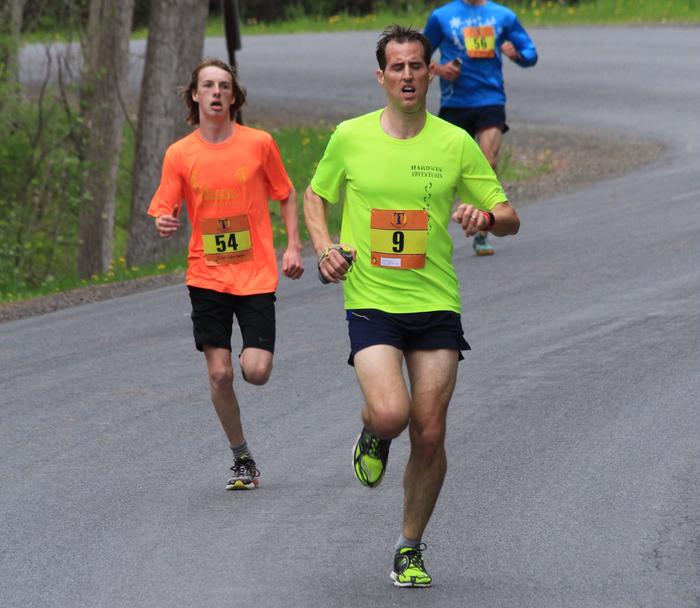 Approaching the bottom of Rabbit, the eventual winner on my heels

At the Rabbit Run split, we 5-milers were on our own, and as we approached the lowest elevation of the course, I had taken over the lead, just in time for my Dad to snap a picture at the turnaround. I lost the lead going uphill, though, and focused on not having that gap grow any larger over time. 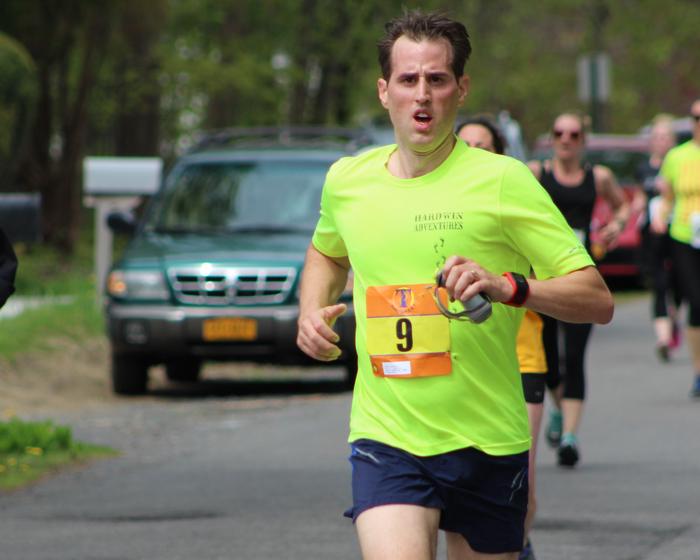 I was grateful to get past the fairgrounds back entrance onto mostly level ground again, and felt my legs get a bit lighter. Turning back onto the main course with the rest of the 5K racers provided a bit of an extra boost, seeing all those runners and bobbing and weaving. I tried to keep my eyes on the two 5-mile leaders now. No way to catch them, but a quick glance behind me and I knew that unless something catastrophic went down, I'd be in third. I held that place all the way to the end, really pleased to have a fast, downhill finish and some great post-race amenities!

Post-race was like pre-race, walking around and talking to people, everyone pretty happy with their race. It's such a family-friendly event, with a lot of kids and multi-generational groups working together toward a common goal. The icing on the cake was collecting my masters price from Amy: it's not every day you get to kiss the race organizer! 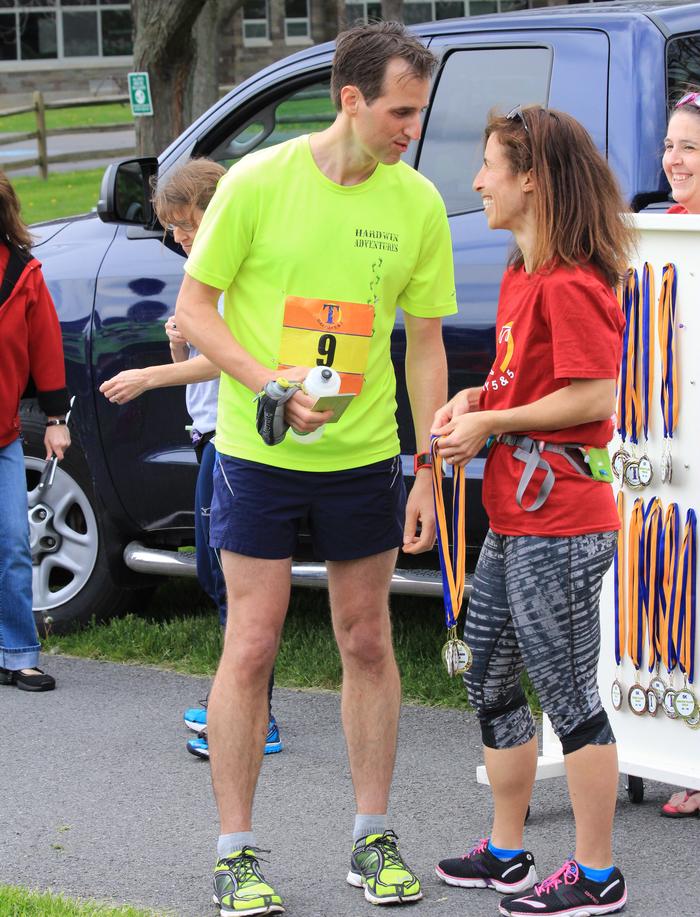 You don't get to kiss the race organizer every day!